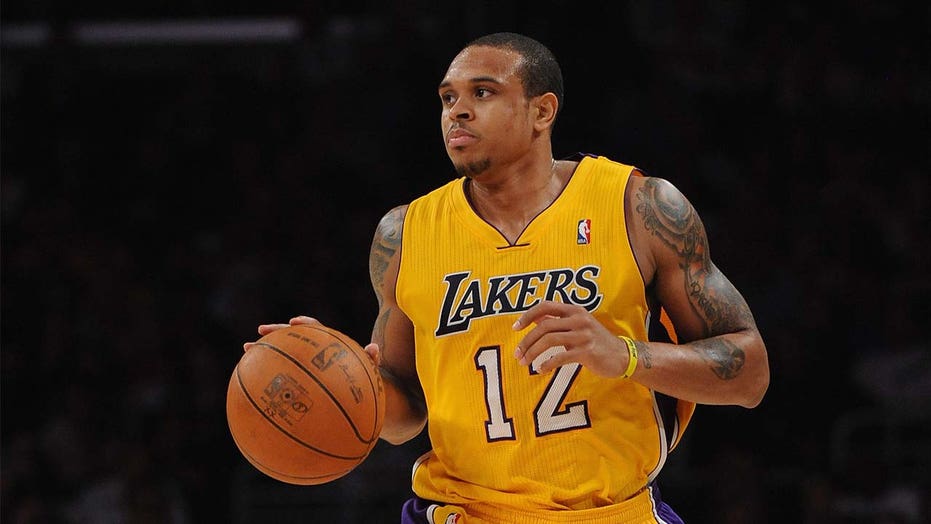 Former Los Angeles Lakers player Shannon Brown was arrested last week for allegedly firing a gun at two people who entered his Georgia home that was listed for sale.

Brown, 34, was arrested May 2 after the alleged victims called police claiming the two-time NBA champion fired shots at them, Tyrone, Ga. police told TMZ Sports on Friday. The two individuals told officers they were searching for homes in Tyrone when they saw one with a for sale sign on it, police said.

The two people, who were not identified, entered the property through an open gate and were allegedly told to come into the house, police said. When they entered, they alleged that Brown confronted them and as they were leaving he fired about five rounds at them.

According to The Citizen, police said Brown thought the pair was breaking into his home.

Police said an investigation revealed at least one shell casing.

Brown was arrested and charged with aggravated assault, according to TMZ Sports. He bonded out of jail on May 4.

Brown was in the NBA from 2006 to 2015. He played for the Cleveland Cavaliers, Chicago Bulls, Charlotte Bobcats, Phoenix Suns, San Antonio Spurs, New York Knicks and Miami Heat along with the Lakers. He won two rings with the Kobe Bryant Lakers in 2009 and 2010.

When will grocery store shelves return to normal? – CNET