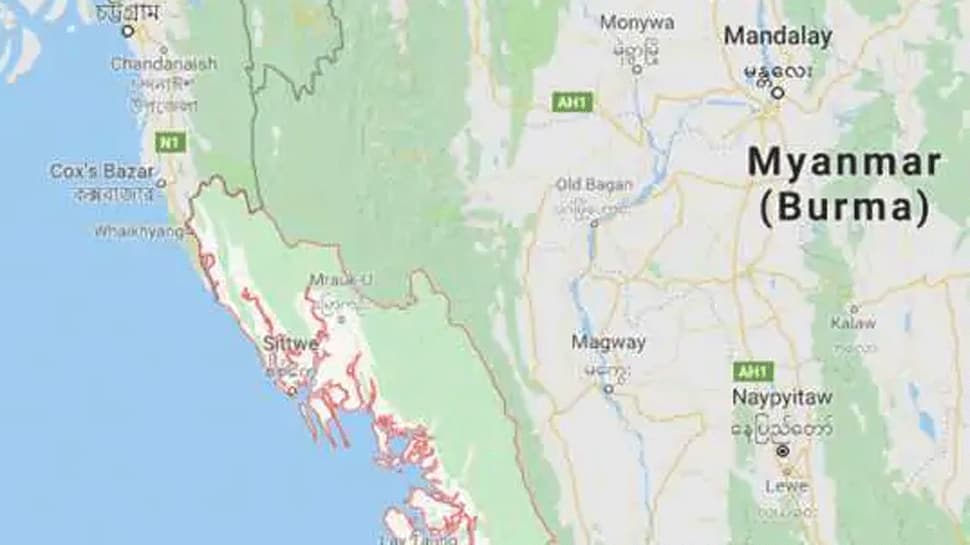 Myanmar army has launched Operation Sunrise-3 to crack down on various insurgent groups gathered at the Indo-Myanmar border. Zee News in its earlier report has revealed that the National Socialist Council of Nagaland-Khaplang (NSCN-K), led by Yung Aung, is consolidating its position inside Myanmar and various NSCN groups are planning to attack Indian security forces at vulnerable points in the North East region.

Indian foreign secretary Harsh Shringla and Indian Army Chief General Manoj Mukund Naravane were on a two-day visit to Myanmar this month. It is said that talks were held between the two countries about joint actions against insurgents groups operating in the North East regions and in Myanmar.

"Specialized Myanmar Army units are engaged to carry out combing operations in search of NSCN-K and other groups at various places in the Sagaing region of Myanmar. Infantry units if the Myanmar army is also carrying out operation towards the eastern side of Manipur river." said an Indian Security officer aware of these developments.

The Operation Sunrise-3 of the Myanmar Army in the Sagaing Division is believed to have been the reason of the consolidating of insurgents from Sagaing and other areas to Northern Chin state. The security agencies of both countries are apprehensive that the insurgent's groups along the Indo-Myanmar border are conspiring to infiltrate into the Indian side through the Mizoram border.

Last year, Myanmar and Indian Army had carried out the first phase of 'Operation Sunrise -1' between February 17 and March 2 and a three-week-long coordinated operation named ‘Operation Sunrise 2’ on May 16 in its own territory along the Indo-Myanmar border. It is said to have destroyed many camps of insurgent groups. However, the Myanmar Army is also reported to have suffered a loss in the second phase of 'Operation Sunrise 2'. At least 13 soldiers of the Myanmar Army lost their lives in clashes with the Rakhine insurgent group Arakan Army.

Despite the joint operation by both armies, the Insurgent group Arakan Army has set up several camps in areas across Mizoram's Lawngtlai district, posing a threat to the Kaladan Project.

The Kaladan multi-modal transit transport project is being viewed as India's gateway to Southeast Asia. India entered into a framework agreement with Myanmar in April 2008 to facilitate the implementation of the project. On completion, the project will help connect Mizoram with the Sittwe Port in the Rakhine State of Myanmar. On the Indian side, work is on to extend the Aizawl-Saiha National Highway by 90 km to the international border at Zorinpui.

"Arakan Army has set up various camps along the Indo-Myanmar Army border. Indian agencies are continuously monitoring the developments at Indo-Myanmar border." "According to officials tracking India's border along with Myanmar.

There are over 50 camps of insurgent groups reported from the north-east in Myanmar till 2018.

The Myanmar military handed over a group of 22 insurgents, active in Assam and northeast states, to the Indian government this year in May. The insurgents, wanted in Manipur and Assam for a long time, were brought back by a special plane. This was the first time when the Myanmar government had acted on India's request to hand over the leaders of the northeast insurgents groups. Among those who were deported by the Myanmar government, 12 are linked with UNLF, PREPAK (Pro), KYKL, and PLA whereas the remaining 10 are associated with Assam groups such as NDFB(S) and KLO.

The insurgents groups active across India's northeast states and at the Indo-Myanmar border are taking advantage of the large scale of unemployment caused by the outbreak of the COVID-19 pandemic and are conspiring to recruit more youth into their outfits. A large number of NSCN (K) cadres congregate along the Indo-Myanmar Border across the Mon area (Nagaland) with a motive to carry out attacks on Security Forces.

The Erasure of Arsenal’s Mesut Özil

The Erasure of Arsenal's Mesut Özil