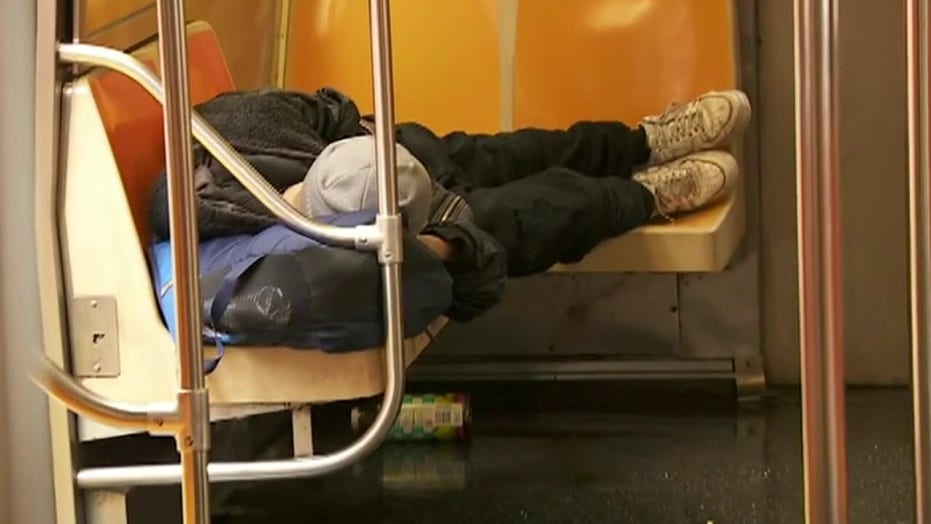 NYC to shut down subway system for overnight cleanings

New York City subways will be shut down from 1 a.m. – 5 a.m. to clean and disinfect trains after images emerge of cars crammed with trash from the homeless population; David Lee Miller reports.

More than 250 homeless people were removed from New York City’s subway system after it was voluntarily shut down overnight for the first time in its history, Mayor Bill de Blasio says.

The system is now closing between the hours of 1 and 5 a.m. each night so transportation crews can disinfect trains to protect essential workers from the spread of the coronavirus.

"Last night, 139 homeless individuals out of 252 who were engaged by our outreach workers and by the NYPD officers especially trained in homeless outreach… agreed to accept support, accept service and come in off the streets,” De Blasio was quoted by the New York Post as saying Wednesday after the first series of cleanings.

“We’ve never seen so much success in a single night before.”

However, one bus driver told the Post that several homeless people simply got on his vehicle when they left the subway.

“As soon as they boarded, they were already giving me a hard time,” Jason Felix, who operates in the Bronx, told the Post, adding that about 20 people, at least seven of whom were homeless, jumped onto his bus near the Pelham Bay 6 train terminal just after the 1 a.m. shutdown.

“It’s the most crowded I’ve seen it since March 5,” said Felix. “On my fourth stop, I smelled smoke. They were smoking on my bus.