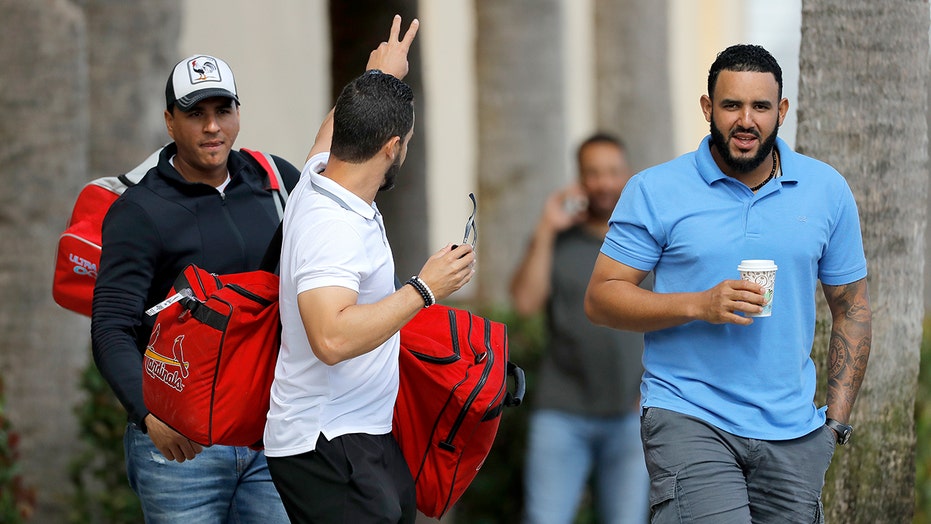 Philadelphia Phillies minor leaguer Logan O'Hoppe got the news from his agent and relayed it immediately to teammate Vito Friscia.

Friscia, a 40th-round draft pick, would be getting his spring training pay, after all.

Major League Baseball announced Thursday that minor league players shut out of spring training camps amid the novel coronavirus outbreak will receive allowances from teams through April 8, and a plan is underway to compensate those players during the postponed portion of the regular season.

Minor leaguers will receive allowances of $400 per week from teams in a lump sum for the next three weeks — a significant bump from their usual spring per diems of $100-200 per week. Teams hope that will allow players to cover housing, food and other expenses through the previously scheduled end of spring training.

The minor league season had been set to open April 9 but is being delayed. MLB said it is working with teams to develop an industry-wide plan to compensate players for missed games.

"We were excited to be able to help these kids," Reds general manager Nick Krall said. “Help sustain them for some time, and hopefully we start the season and they start getting paychecks more.”

Players were sent scrambling late last week when MLB suspended spring training. Most minor leaguers were told to go home, including some from Venezuela, the Dominican Republic and other countries, despite concerns they may have trouble getting back into the U.S.

Many clubs made exceptions for foreign players and allowed them to stay in camp. MLB has recommended players from Venezuela and other high-risk areas be kept in the U.S. and instructed teams to help those players find suitable accommodations. 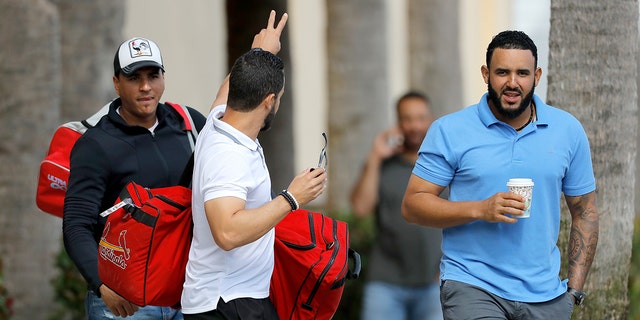 St. Louis Cardinals minor league players leave the team's spring training baseball clubhouse, Friday, March 13, 2020, in Jupiter, Fla. Major League Baseball has delayed the start of its season by at least two weeks because of the coronavirus outbreak as well as suspended the rest of its spring training game schedule. (AP Photo/Julio Cortez)

MLB had left it up to teams how to handle their minor leaguers, leaving players uncertain about the coming weeks and months.

Even for American players, the dismissals presented challenges. Most baseball players are paid only in-season, and many minor leaguers — especially those who did not receive lucrative signing bonuses — were relying on spring training camps for allowances, housing, meals and training facilities.

One minor leaguer told The Associated Press on Sunday that he was kicked out of camp with $800 in his bank account, no second job lined up and no idea how he would make ends meet until camps re-opened. The player spoke on condition of anonymity due to concerns his team might punish him for speaking publicly.

Friscia, from Valley Stream, New York, signed for just $2,500 last season and was struggling to make ends meet. He thought he would be receiving $20 per week until camp restarted. Now he'll get 20-times that.

He recently sent O'Hoppe photos of the makeshift gym he built in his parents' basement to stay in shape.

Minimum salaries for full-season minor league teams range from $290 per week at Class A to $502 per week at Triple-A over the five-month season.

In addition to the MLB guidelines, San Francisco Giants minor league players who weren’t staying at the team hotel will receive a housing-specific allowance through the projected finish of spring training to cover their living expenses such as leases or rents, according to Giants President of Baseball Operations Farhan Zaidi.

Zaidi said the housing allowances would "help them cover any outstanding rents or lease payments they have as well as for the group of players who continue to be here, including those international players just continuing to provide hotel accommodations for that group, and those guys are going to continue to receive their full allowances as well.”

Some players turned to online fundraisers for support after camps closed, including one operated jointly by More Than Baseball and the @adoptmilbplayer Twitter account. More Than Baseball is a nonprofit support group for minor leaguers, and the Adopt A Minor Leaguer program was launched this offseason by a Minnesota Twins fan concerned about player well-being.

“Kudos to MLB for listening to its players, fans, and reporters. You all are the reason this happened,” More Than Baseball tweeted. “This only references 'development of a plan' for everything beyond April 8th. This is a step in the right direction, not a full solution.”

The lump sum allowances are for players signed to minor league player contracts, but there are exceptions for players currently receiving housing, food or other services from teams; those not participating, or expecting to participate, in spring training; and players with minor league contracts who were in major league camp on March 13 and had at least one day of major league service in 2019. The latter group is receiving $1,100 weekly allowance through April 9 from the players' association.