The Mid-American Conference holds an annual women’s basketball tournament with the winner getting an automatic bid to the NCAA Women’s Basketball Tournament.

The conference began having tournaments in 1982. 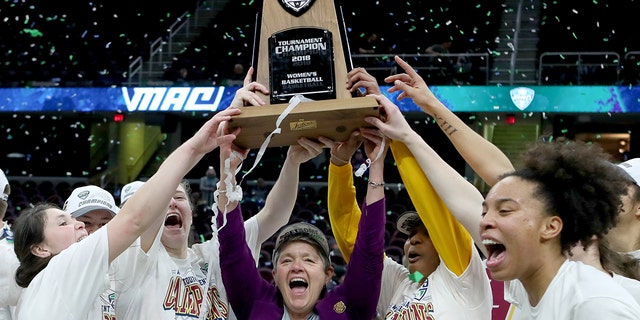 The Chippewas were champions in 2018. (Photo by Frank Jansky/Icon Sportswire via Getty Images)

In 1986, Ohio needed overtime to get past Central Michigan. The Bobcats won 82-85. Caroline Mast was named tournament MVP.

Central Michigan repeated as MAC champions in 1984. They defeated Toledo, 71-65. Latanag Cox was named MVP of the tournament.