An entertainment park owner in Michigan is recovering after reportedly falling from a rollercoaster.

Hal Shilling, 65, the owner of Kokomo's Family Fun Center in Saginaw County, northwest of Detroit, fell several feet from the Serpent Roller Coaster last Saturday when an improperly locked coaster car he was in began rolling down instead of up, investigators said.

ASaginaw County Sheriff's Office report said the car went into reverse at a high speed before flying off the tracks, with Shilling still inside. 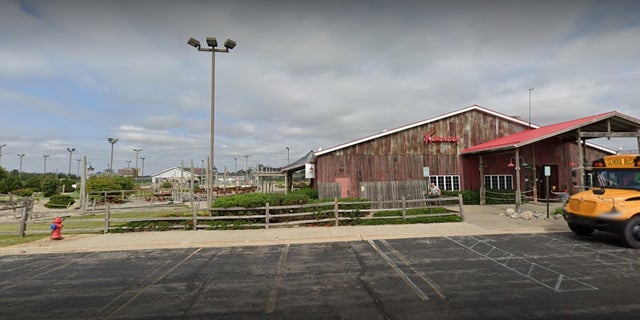 The owner of Kokomo's Family Fun Center in Saginaw County, Michigan, was injured after falling from a rollercoaster, investigators said. (Google Street View)

MORE FLORIDA THEME PARKS REOPENING, BUT TOURISTS FROM THESE 3 STATES WILL HAVE TO QUARANTINE BEFORE VISITING

The owner, who was not wearing a restraining belt, fell about 30 feet and suffered broken bones, investigators added. He was recuperating at a nearby hospital.

An employee at the park said the accident was operator error, according to multiple reports.

Kokomo's reopened on June 8 and has offered mini-golf, go-karts and a driving range.

The opening of the Serpent for the season has been put on hold as official await the Michigan Occupational Safety and Health Administration [MIOSHA] to inspect the ride.

In a statement, a spokesman for the group said the "investigation at Kokomo’s Family Fun Center in Saginaw is open. MIOSHA cannot provide information on an open investigation. Typically, this type of investigation may take several weeks or months to complete."