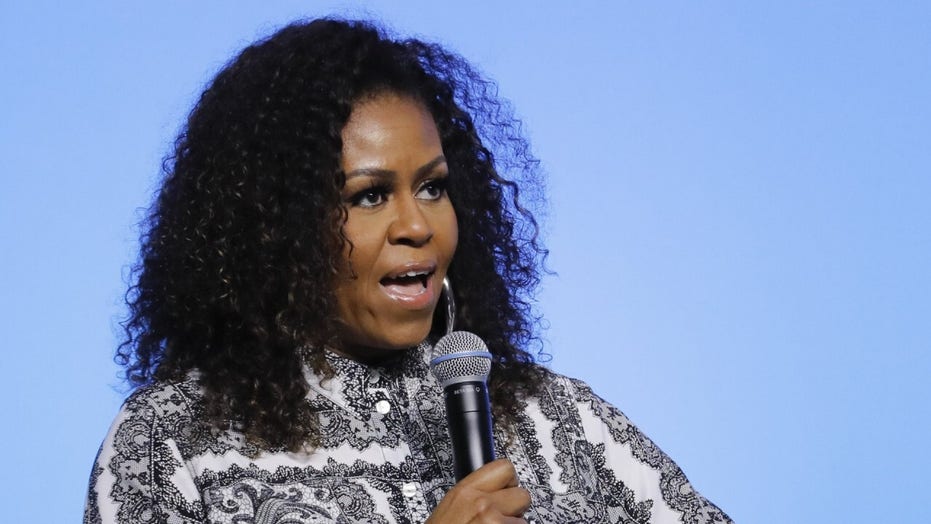 Former first lady Michelle Obama addressed how she’s been dealing with “some form of low-grade depression" tied to coronavirus lockdown measures, racial tensions in the U.S. and the Trump administration.

"Spiritually, these are not … fulfilling times," Obama said Wednesday, while chatting with the former host of NPR's All Things Considered, Michele Norris.

"I know that I am dealing with some form of low-grade depression," Obama said during the second episode of her new podcast.

"Not just because of the quarantine, but because of the racial strife, and just seeing this administration, watching the hypocrisy of it, day in and day out, is dispiriting,” she added.

SIGNS OF DEPRESSION OR ANXIETY SEEN IN ONE-THIRD OF ADULTS, CENSUS FIGURES SHOW

Obama talked about feeling restless, a phenomeon Americans are dealing with across the country as a result of lockdown measures preventing people from going to work or socializing.

"And I'm waking up in the middle of the night, cause I'm worrying about something, or there's a heaviness."

Obama is not alone, a recent Pulse study completed by the U.S. Census Bureau collected data on roughly 75,000 Americans every two weeks for 90 days, found that 35.6 Americans are struggling with anxiety and/or depression during this time.

The Centers for Disease Control and Prevention (CDC) lists changes in sleeping and eating patterns as common signs of stress caused during the pandemic, and advises people to take time to address their mental health during this period.

"I've gone through those emotional highs and lows that I think everybody feels, where you just don't feel yourself," Obama told her podcast listeners.

"And sometimes I've, there's been a week or so where I had to surrender to that, and not be so hard on myself," she explained. "And say, you know what, you're just not feeling that treadmill right now."

The CDC advises people to take breaks from the news, social media, exercise regularly and eat healthy, to help cope with new stresses added by the coronavirus pandemic.

The health agency has also instructed people to “make time to unwind” and connect with others even while social distancing.

Obama pointed out how this time has also brought their family closer together, giving them time they normally wouldn’t have had.

"Barack has taught the girls Spades, and now there's this vicious competition," she said. "They wouldn't have sat down, but for this quarantine, to learn how to play a card game with their dad."

The CDC has urged anyone who needs immediate help with their mental health to contact a healthcare provider.

Michael Phelps, other athletes, open up about suicide and depression in new documentary