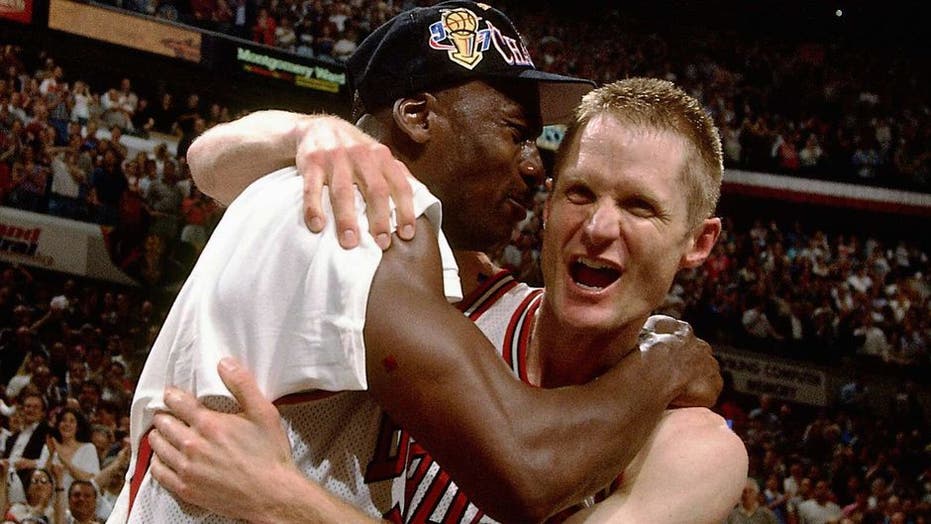 Michael Jordan’s former teammates talked in “The Last Dance” about how the Chicago Bulls superstar instilled fear into them during their playing days — but one teammate took it upon himself to stand up to him.

The documentary on Sunday touched on how Jordan was fired up following the Bulls’ exit from the 1995 NBA Playoffs and how every practice after that seemed like the team was getting ready for war. During one of those practices, Steve Kerr stood up to Jordan and their infamous fight occurred.

STEVE KERR: 5 THINGS TO KNOW ABOUT THE NBA CHAMPION PLAYER AND COACH

Kerr said in the film that Jordan was “talking all kinds of trash” during one of the practices and Jordan was getting angry because coach Phil Jackson was calling “ticky-tack” fouls. 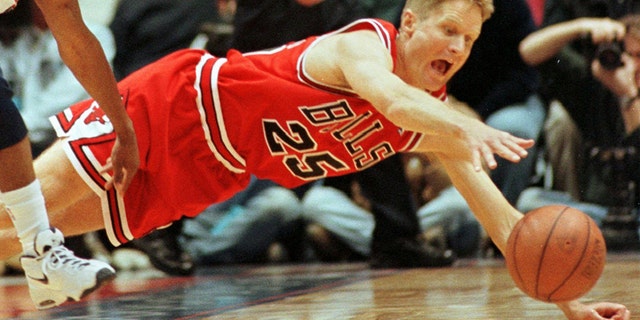 Steve Kerr's fight with Michael Jordan was covered in Part 8 of 'The Last Dance.' (AFP via Getty)

Kerr said he has a lot of patience, but even his competitiveness was starting to come out and vowed that he was going to come back just as hard.

EX-BULLS CENTER WILL PERDUE REVEALS HE CAME TO BLOWS WITH MICHAEL JORDAN: 'STUFF LIKE THAT WAS COMMON'

Kerr then hit Jordan in the chest and Jordan turned around and punched Kerr in the face. Jackson tossed Jordan from practice and Jordan later admitted he was wrong.

“I just beat up the littlest guy on the f–king court. I feel this small,” Jordan said.

Jordan reached out to Kerr and apologized, but the sharpshooter said it may have been the best thing to happen for their relationship.

“It was the best thing I ever did, was stand up for myself with him. He tested everybody he played with. I stood up to him,” Kerr said. 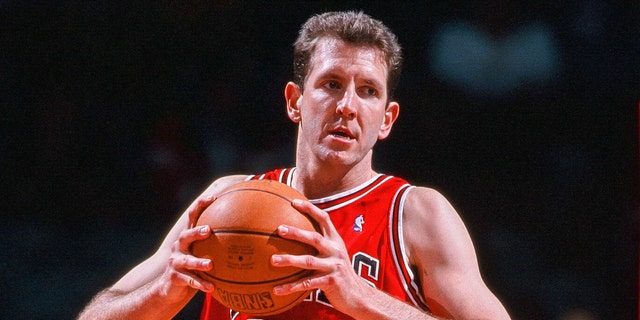 Will Perdue also received a blow from Jordan. (Sporting News via Getty)

Jordan added: “He earned my respect. He wasn’t willing to back down to be a pawn in this whole process.”

It was hardly the only fight Jordan got in with teammates.

Former center Will Perdue explained last week he was also in a scuffle with Jordan and he caught a punch in the eye. His fight was first made known in Sam Smith’s book “The Jordan Rules.”

“He did, and I wasn't the only one,” the former NBA center said. “That's how competitive our practices were. That wasn't the only fight, that was one of numerous. But because it involved Michael Jordan, and it leaked out, that it became a big deal. And the funny thing was, in that practice that it happened, we basically separated, regrouped and kept practicing — it wasn't like that was the end of practice. Stuff like that was common because that's how competitive our practices were.”

Rafael Nadal lobs shot at Novak Djokovic over vaccination comment: ‘Everyone will have to follow the rules’