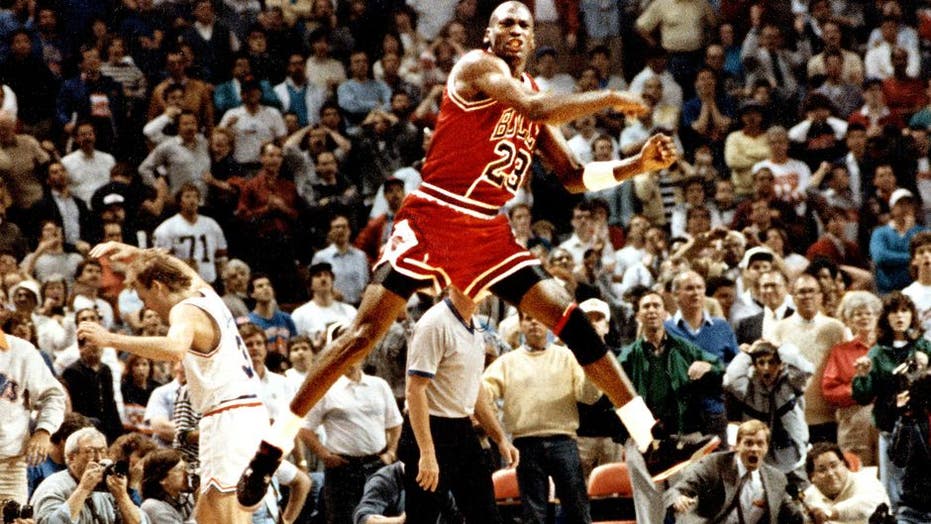 NBA legend Michael Jordan wasn’t taking a political stand when he opted out of a White House visit following the Chicago Bulls championship in 1991.

Fresh on the heels of the franchise’s first champion win, Jordan did not join his fellow teammates as they met President George H.W. Bush but instead opted for a round of golf with James ‘Slim’ Bouler, a drug dealer who was later convicted of money laundering, Yahoo Sports recalled.

RAY ALLEN ON WHY HE LEFT THE CELTICS AND THE HEAT HE STILL GETS FROM FANS: ‘I’VE GOTTEN SO MUCH HATE’

The incident, which will be featured in a 10-part documentary on ESPN over the weekend, was initially explained away as a scheduling conflict before it was later revealed that Jordan had met with Bouler to gamble.

The government seized a check from Jordan to Bouler in Oct. 1991 for $57,000. He initially claimed it was a loan but later admitted during trial the following year that it was a gambling debt owed to Bouler.

“It was my immediate reaction to the media after a game to save embarrassment and pain, and the connection to gambling,” Jordan explained during his testimony, according to The New York Times.

Jordan’s White House snub is just one storyline that will be told in the heavily anticipated documentary, “The Last Dance.”

It will air beginning April 19 and running through May 17. The documentary focuses on Jordan’s final season with the Bulls and the drama surrounding the team at the time.

ESPN said the documentary will air on ESPN in the U.S. and on Netflix outside the U.S.