Michael Jordan admits ‘Republicans buy sneakers too’ comment was made in jest, didn’t see himself as political activist

Michael Jordan admits 'Republicans buy sneakers too' comment was made in jest, didn't see himself as political activistclose 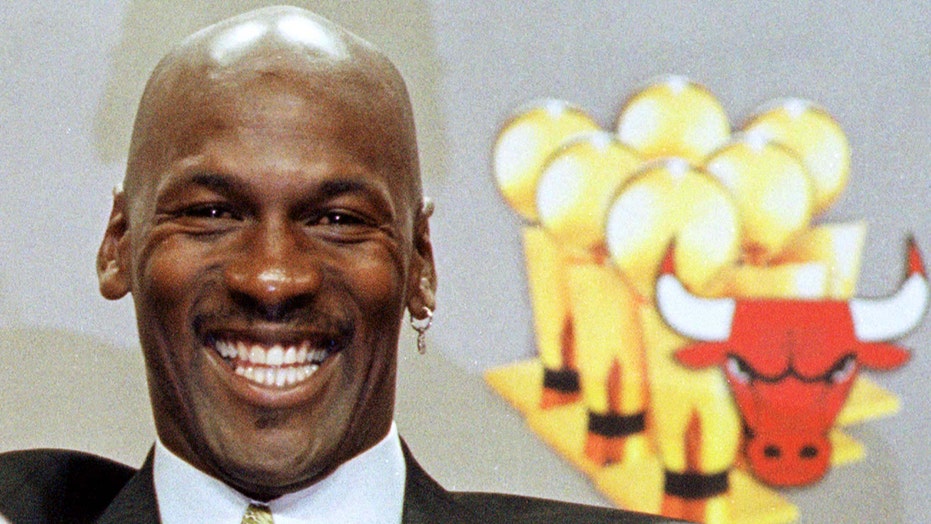 Michael Jordan mostly kept himself out of controversy at the height of his fame with the Chicago Bulls during the 1990s but it was a comment about selling sneakers that drew the most ire.

Jordan’s comment, “Republicans buy sneakers too,” resurfaced Sunday night in an episode of ESPN’s “The Last Dance” documentary. Jordan admitted that the remark, which was made during the 1990 U.S. Senate race in North Carolina between Democrat challenger Harvey Gantt and incumbent Republican Jesse Helms was "said in jest.”

“I don't think that statement needs to be corrected because I said it in jest on a bus with Horace Grant and Scottie Pippen,” Jordan said during the documentary. “It was thrown off the cuff. My mother asked to do a PSA for Harvey Gantt, and I said, 'Look, Mom, I'm not speaking out of pocket about someone that I don't know. But I will send a contribution to support him.' Which is what I did.”

Jordan added that he didn’t see himself as a Muhammad Ali-type figure.

“I do commend Muhammad Ali for standing up for what he believed in. But I never thought of myself as an activist. I thought of myself as a basketball player," he said. "I wasn't a politician when I was playing my sport. I was focused on my craft. Was that selfish? Probably. But that was my energy. That's where my energy was.”

Jordan added that he knew whatever he did was “never going to be enough for everybody” because people had a “preconceived idea” for what he can and can’t do.

“The way I go about my life is I set examples. If it inspires you? Great, I will continue to do that. If it doesn't? Then maybe I'm not the person you should be following,” he said.

While Jordan would later donate to the future Senate campaign of Barack Obama, the former president appeared in the documentary and said he wished Jordan would have done more in the political arena.

Michael Jordan on young Kobe Bryant before 1998 NBA All-Star Game: ‘He don’t let the game come to him’