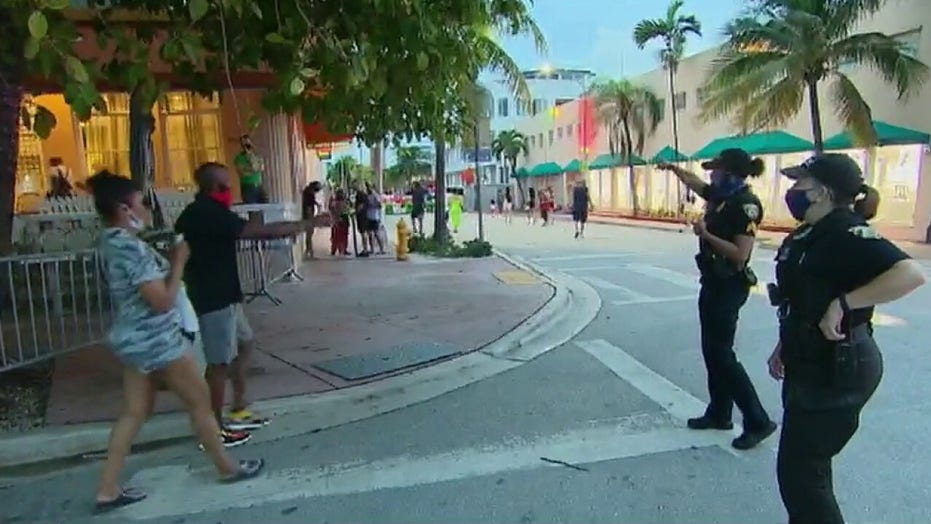 Mayor Dan Gelber, D-Fla., is taking drastic steps to clean up Miami Beach, and it could include the restriction of alcohol sales after midnight.

The new measure is all a part of the 59-year-old mayor’s rebranding proposal, which aims to turn South Beach into an “Art Deco Cultural District” rather than a party destination. If the City Commission approves of the plan, bars would have to start their last call for alcohol at 12 a.m. versus the current 5 a.m. the entertainment district has.

MIAMI STUMBLES BEHIND REST OF FLORIDA IN ECONOMIC REOPENING

Nightlife establishments that wish to serve alcohol after this designated time would need to submit an application for extended alcohol sales to the Beverage Control Board. Venues that get approval for an alcohol extension would then have to adhere to additional requirements such as paid on-site police, having codes of conduct or agreements to not host promoted parties, according to the proposal.

The Beverage Control Board would also have the power to revoke extensions if needed.

Grocery and convenience stores that serve packaged alcohol would be required to cut off sales earlier, as well — at 5 p.m. instead of the current 8 p.m.

The new alcohol measures Gelber is hoping to pass are meant to curb the “misbehavior” that stems from heavy drinking, he explained in a YouTube video posted Tuesday. He added that alcohol has been tied to high crime rates against South Beach visitors.

In his own words, Gelber said the city is a “victim of its own success” and compared the area to a “beachfront Bourbon Street” — the lively nightlife strip New Orleans is largely known for.

“Worst of all, it is not the brand we have fostered elsewhere in our city and not one we should tolerate,” he said. “So we will no longer have an entertainment district, we will have an art deco cultural district or some similar name that reflects our city’s status as a true art and cultural destination.”

The Democrat mayor noted that he had previously tried to fix the entertainment district by toning it down with issued standards of conduct for café table permits, passed ordinances to stop party promotions during high-impact weekends, eliminated noise exemptions that contributed to a rowdy atmosphere and enhanced law enforcement practices for policing the area. Additionally, his administration had launched counter-programming to control South Beach and bring down crime.

However, Gelber said these efforts have not been enough to bring down the “raucous dynamic of our entertainment district.”

Miami attracted 24.2 million visitors in 2019, which brought in $17.9 billion to the local economy, according to a 2019 Visitor Industry Overview report from the Greater Miami Convention & Visitors Bureau.

In the same report, a visitor survey showed that only three percent of domestic and international travelers cited nightlife, bars and clubs as the “most liked” part of their trip.

How Tech Is Helping Poor People Get Government Aid

Father and Son Arrested on Suspicion of Starting the Caldor Fire