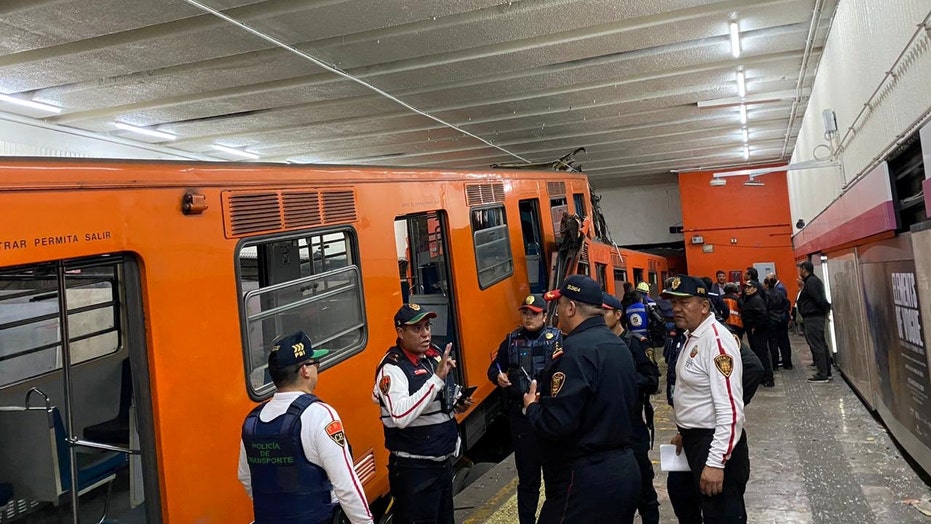 At least one man was killed and 41 other people were hurt after two subway trains collided in Mexico City on Wednesday, investigators said.

The two trains apparently reversed into one another by accident shortly before midnight, according to a tweet by Mayor Claudia Sheinbaum. She added that the cause of the crash remained under investigation.

The two drivers were among those hurt, according to Metro officials.

Medics treated 25 people at the scene and rushed the other 16 to hospitals, Sheinbaum said adding that all the injuries were “light to medium” and not life-threatening. Hours later, Sheimbaum's chief of staff, Rosa Icela Rodríguez, said only four of the 16 remained in hospitals. 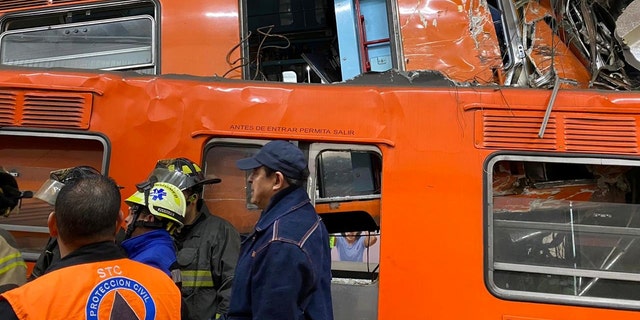 Mexico City Metro director Florencia Serranía said at a news conference that investigators turned over the “black boxes" from both trains, which will provide a “second-by-second” record of what happened, to the city prosecutor's office and their information appeared to be intact.

The Mexico City Metro system is one of the largest in the world and one of the most heavily transited. Tacubaya station, where the incident unfolded, connected three of 12 train lines. Passengers experienced heavy delays and formed long lines outside the station waiting to board buses.

The crash took place just 20 minutes before the metro service was scheduled to shut down for the night. One of the trains was en route to a garage, Serranía said.

Workers separated the metro cars that became stacked together in the collision and started clearing the tracks, with the hopes of resuming service by Thursday morning, she added.

At least five cars on each train were damaged.

An international expert is expected to conduct an independent review of the incident.

Mexico City's Metro system transported more than 1.6 billion passengers in 2018, according to official figures, or about 4.4 million people per day.

Peregrine Pollen, Who Livened Up Auctions, Dies at 89