Mets’ Noah Syndergaard to have Tommy John surgery, will be out until 2021

Mets' Noah Syndergaard to have Tommy John surgery, will be out until 2021close 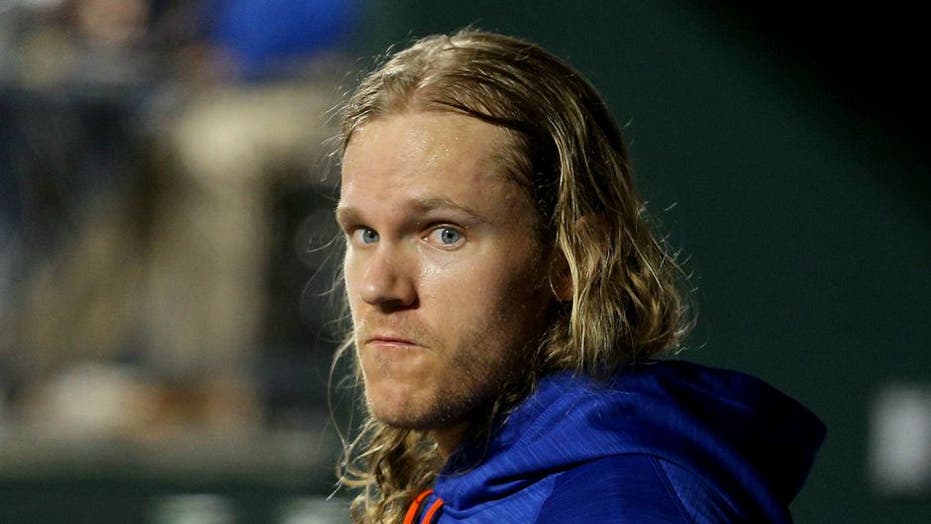 New York Mets star Noah Syndergaard is expected to miss the entire season after tearing the ulnar collateral ligament in his right elbow, according to multiple reports.

Syndergaard is expected to undergo Tommy John surgery to repair the damage and will be out until at least April 2021 or longer, ESPN reported Tuesday.

The Mets later confirmed the injury in a statement.

“After experiencing discomfort in his elbow before Spring Training was suspended due to the pandemic, Noah and our health and performance department have been in constant contact,” general manager Brodie Van Wagenen said in a statement. “Based on the persistence of his symptoms, Noah underwent a physical examination and MRI that revealed the ligament tear. A second opinion from Dr. Neal Attrache confirmed the diagnosis and the recommendation for surgery. Noah is an incredibly hard worker and a tremendous talent. While this is unfortunate, we have no doubt that Noah will be able to return to full strength and continue to be an integral part of our Championship pursuits in the future.”

Syndergaard is set to have surgery Thursday.

It will be the second time in his career he will miss an extended period of time due to injury.

During the 2017 season, Syndergaard only started seven games after coming off an All-Star year in 2016. He left a game early in the season due to tightness in his biceps and didn’t return until late September.

The following season, Syndergaard recorded 155 strikeouts and a 3.03 ERA in 25 starts.

New York was expected to have one of the best rotations in baseball coming into the 2020 season.

According to FanGraphs, the Mets’ rotation now consists of Jacob deGrom, Marcus Stroman, Rick Porcello, Steven Matz and Michael Wacha. New York signed Porcello and Wacha in the offseason and traded for Stroman near the trade deadline last season.