McIlroy trying to end spell of no repeat winners at Playersclose 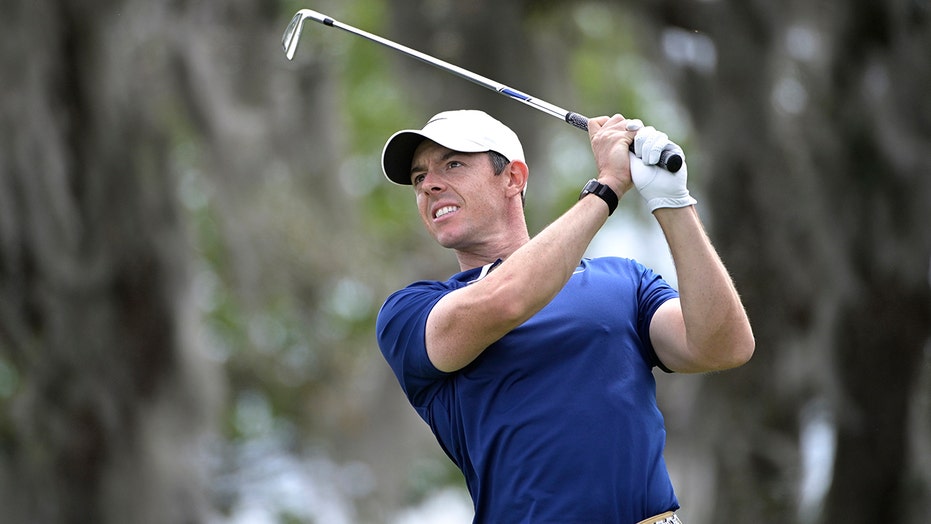 No one has ever won back-to-back at The Players Championship since it moved to the TPC Sawgrass in 1982. Rory McIlroy might have as good a chance as anyone before him.

He seems to have a chance every week he plays.

“I don't think you ever need an extra motivation when you come to this golf tournament,” McIlroy said. “But to be the first one to defend here would be very cool.”

McIlroy showed up at The Players with some measure of disappointment from not winning last week at Bay Hill. He was two shots behind going into the final round and made two double bogeys that ended his chances of repeating his title in the Arnold Palmer Invitational.

Even so, it was his seventh consecutive top-5 finish in PGA Tour events dating to his victory in the Tour Championship last August, territory only Tiger Woods has occupied over the last 20 years. It explains why McIlroy has returned to No. 1 in the world. It explains why he is the favorite to win on the thrill-a-minute Players Stadium course at the TPC Sawgrass.

It guarantees nothing. Not here.

Woods, who is not playing this week because he says his back is not ready to compete, is a two-time winner of The Players. He had his first crack at repeating in 2002, when he was at his best. Woods won Bay Hill the week before. He won the Masters in his next start after Sawgrass. He tied for 14th in his Players title defense.

He didn't get another try. After winning in 2013, Woods had the first of four back surgeries the following year and missed the event.

Woods isn't alone. Adam Scott in 2005 is the only defending champion to even finish in the top 10. Scott tied for eighth.

Attribute that to the most famous design of Pete Dye, a course where the margin between a 65 and a 75 is not all that great. The roll call of champions suggests Sawgrass isn't a course that suits a specific style of play. Winners include power players like Woods, McIlroy and Jason Day and relatively short hitters like Tim Clark and Fred Funk.

“There's a lot of events where you can narrow the field down … to 25 or 30 players and say this is the group that has the best chance,” said Justin Leonard, who won in 1998 and tied for 23rd the following year. "Everybody here that's in this tournament has the ability and the game to win.

“If anybody gives you a bet, take the field.”

McIlroy would make it tempting to bet against that.

The only knock on the 30-year-old McIlroy — and that requires deep searching for criticism — is that he has converted only two of those top 5s into victories. He won big at the Tour Championship to capture the FedEx Cup, and he won in a playoff over Xander Schauffele in Shanghai.

He started too far back in Japan. Final rounds over par hurt him at Riviera (73) and Bay Hill, where his 76 was his highest closing round since the 2013 U.S. Open at Merion.

McIlroy is more worried about the process than the outcome, aware of areas of his game that need tweaking from week to week. He figures more victories will follow. For a guy who has won four times dating to The Players last year, it's odd to hear him talk about being “not far away.”

At stake this week is the biggest purse in golf history — $15 million, with $2.7 million going to the winner. The Players typically gets the strongest field in golf from top to bottom, absent of aging champions, amateurs and open qualifiers found in the four majors.

McIlroy didn't fall in love with the TPC Sawgrass his first few years in The Players. He missed the cut three straight years and didn't even break par until his seventh round in competition.

He blamed that on being stubborn and trying to overpower the course. It was held in May in 2009 when he first played, when the course was firmer and faster and featured Bermuda rough. Plus, his preparation was somewhat lacking.

“The first time I played here, the weekend before I was in Vegas for a fight … missed the cut and ended up getting kicked out of the bars in Jax Beach for having a fake ID,” he said. “So I've come a long way.”

Rupee recovers 56 paise, settles at 73.61 against US dollar

Rupee recovers 56 paise, settles at 73.61 against US dollar