Four employees of a McDonald’s restaurant in Oakland, Calif., have filed a lawsuit against the franchise owner, blaming conditions at the business for a coronavirus outbreak there, according to reports.

The employees claim they were asked to report to work even after they became ill, and claim they were given makeshift items – such as dog diapers and coffee filters – to use as face masks. SFGate.com reported.

“They were provided as a stopgap but were completely inadequate, and it's somewhat offensive that the company wouldn’t provide adequate masks,” Michael Rubin, an attorney representing the plaintiffs, told the news outlet. “Eventually they were given masks meant for one-time use, but they were told to use them day after day after day.

“One worker who had symptoms complained of being sick and said she couldn’t breathe and was told by the manager to just pull the mask down, which means this woman was infecting other people,” Rubin continued.

All four plaintiffs contracted the virus, the lawyer said, claiming that a total of 25 cases of the virus – including employees, family members and employees from another McDonald’s in Berkeley. A meeting between managers of the Oakland and Berkeley restaurants is a suspected source of the outbreak, the attorney said.

One employee’s baby had a temperature of 104 degrees after becoming ill, Rubin said.

The Oakland restaurant has been closed since May 26, when employees walked off the job in protest of a lack of health precautions, radio station KQED reported.

“Store managers do not enforce social distancing, and they do not give us proper gloves or sufficient masks,” attorney B.J. Chisholm told reporters Tuesday, speaking on behalf of plaintiff Yamilette Olimara Osoy Hernandez, the radio station reported. 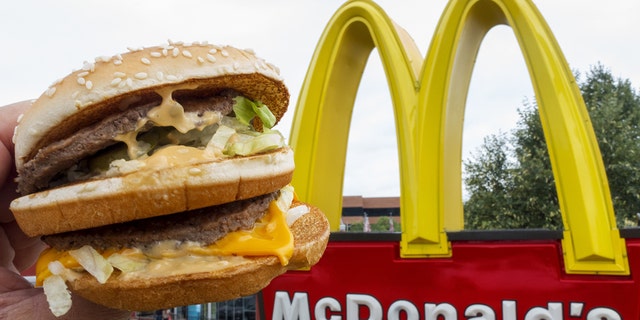 “First, I had to buy masks with my own money. And at one point, the manager tried to give us dog diapers to use as masks," Hernandez said.

Michael Smith, owner of the Oakland franchise, addressed the accusations last month in a statement to the Bay Area News Group.

“We identified and reached out to all restaurant staff who had been in close contact with the employees who contracted the virus and advised they self-quarantine in accordance with CDC [Centers for Disease Control and Prevention] guidelines. We expect to reopen in a few days when we can safely staff the restaurant again. Our people are the heart and soul of our McDonald’s family, and we are keeping those impacted in our thoughts for a fast and full recovery,” Smith said.

He added that workers were required to wear personal protective equipment at all times, “and the claims of being asked to wear coffee filters and dog diapers are entirely false.”

The McDonald’s franchise also followed California’s state-ordered guidelines, and provided employees with paid leave and “nearly $20,000 worth of grocery gift cards to further aid them during this difficult time,” he said.