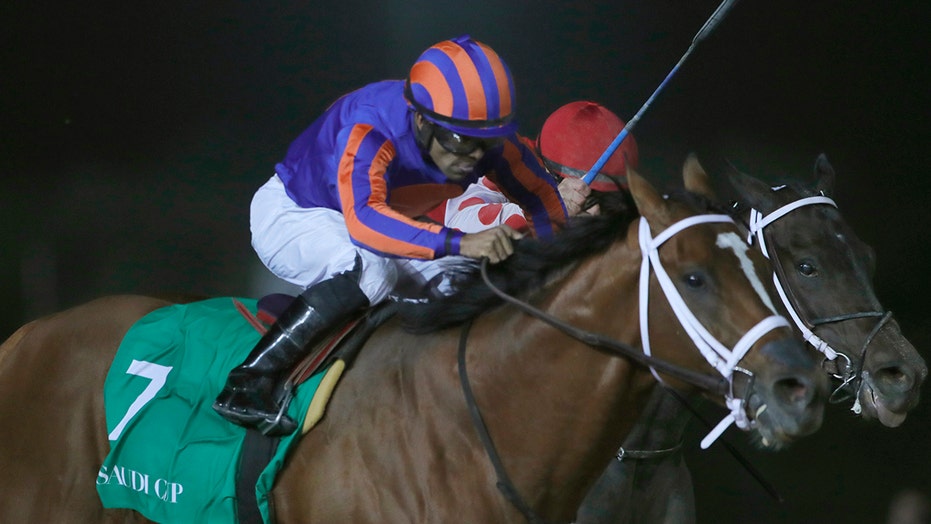 Owner Gary West is removing all of his horses from Jason Servis' barn after the trainer was indicted on multiple counts of administering illegal substances and performance-enhancing drugs.

That includes 3-year-old champion Maximum Security, who crossed the finish line first at the 2019 Kentucky Derby before being disqualified for interference. Now 4, he has won four of his five high-profile races, including the Feb. 29 Saudi Cup, which at $10 million is the world's richest horse race.

“This news is extremely disturbing and disappointing,” West said Tuesday in a statement. “Therefore we will be moving all our horses from Jason Servis as soon as arrangements can be made with other trainers.”

West and his wife Mary have sent horses to Servis for the past five years. Servis was among 27 trainers, veterinarians and others charged Monday in a widespread drug scheme.

In the indictment, Servis is charged with giving Maximum Security a performance-enhancing drug called SGF-1000, recommending it to another trainer, and conspiring with a veterinarian to make it look like a false positive for another substance.