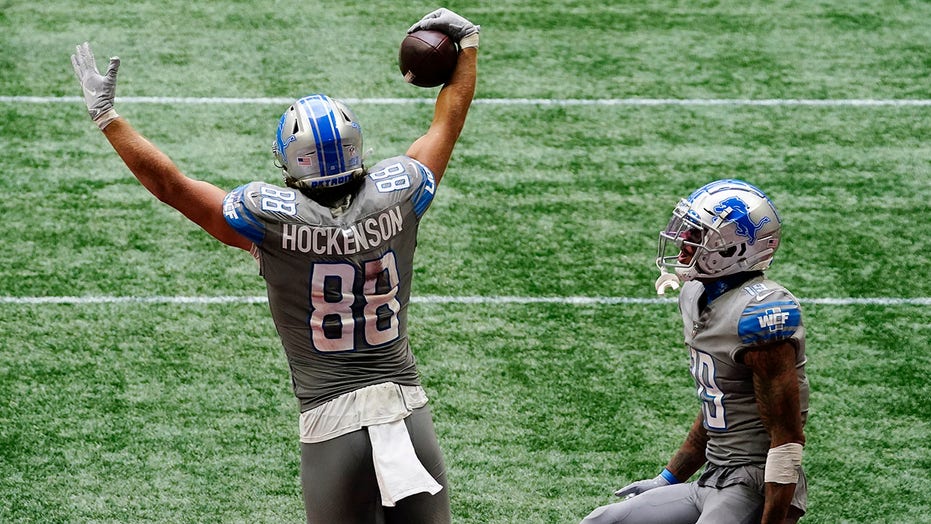 Matt Prater would give the Lions a 16-14 lead with 3:16 left to play. Falcons running back Todd Gurley would put Atlanta up 22-16 with 1:04 left to play on an accidental touchdown run. Gurley wanted to go down before the 1-yard line to kill the clock and eventually kick what could have been a game-winning field goal.

Matthew Stafford led Detroit on an eight-play, 75-yard drive and completed it with a game-winning 11-yard touchdown pass to tight end T.J. Hockenson.

Stafford finished 25-for-36 with 340 passing yards and the lone touchdown pass to Hockenson. The tight end had five catches for 59 yards. Kenny Golladay led all receivers with six catches for 114 yards.

The Falcons had a 14-10 lead and a lead in the fourth quarter only to blow it down the stretch. Four of Atlanta’s loss have been by seven points or less. Atlanta’s lone win came against the Minnesota Vikings last week, 40-23, and even then the team was teetering on potentially blowing that one.

Matt Ryan was 31-for-42 with 338 passing yards and a touchdown. Gurley had two rushing touchdowns and 63 yards on 23 carries.