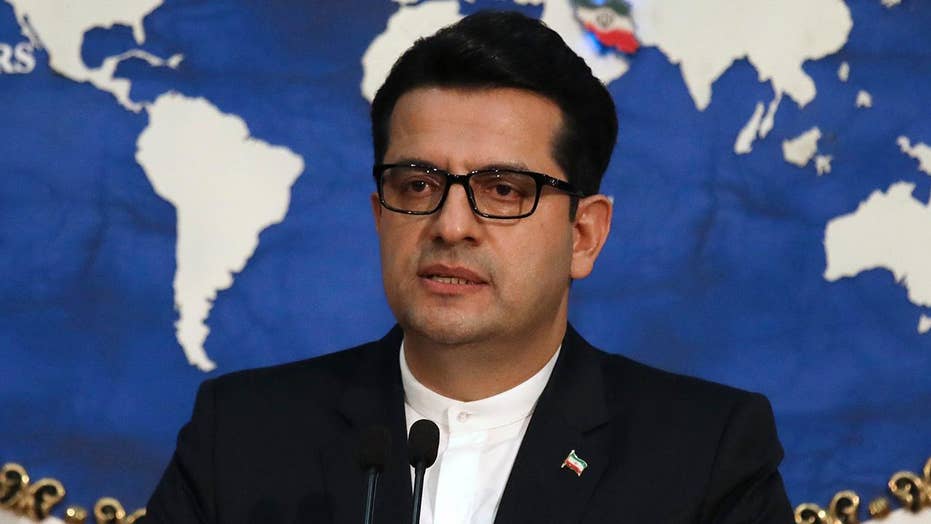 Iran denies US accusation that it seized UAE oil tanker

Iran's Foreign Ministry insists they 'rushed to help' an unnamed vessel in the Strait of Hormuz after receiving a mayday distress call; Lucas Tomlinson reports.

The structure, located in Sharjah, had flaming debris falling off of it into the parking lots below, according to The Associated Press. At least seven people suffered minor injuries.

The 623-foot tower is among the tallest buildings in Sharjah, one of the seven sheikhdoms that are a part of the UAE.

Authorities have yet to determine a cause of the blaze. Firefighters used a ladder truck to spray water into the building in an attempt to extinguish the flames, The AP reported.

Syrian Fadlallah Hassoun, who was in the tower, told The Associated Press he originally thought the fire alarm was just a drill but ended up having to flee the building with his cat.

"Me and family just directly went down with everything we just had and what we were just wearing and we came down immediately," Hassoun said.

"They took our names so that they can see what they can do for us and help us because now we came out and we have no idea what we are going to do," he added. "We are just waiting in the street and seeing what's going to happen."

The reported reason for the fires is that the material used for the building's siding, called aluminum composite panel cladding, is highly flammable.

Coronavirus lockdown: I got a life-changing opportunity

Israel tells Iran it will continue Syria operations: ‘We won’t stop before they leave’

Israel tells Iran it will continue Syria operations: 'We won't stop before they leave'