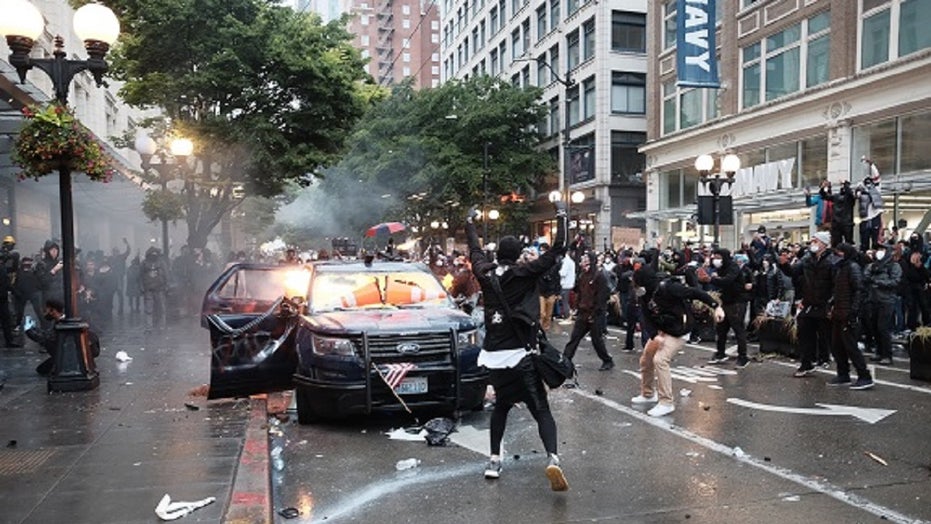 A Washington state man was charged this week with attempting to set ablaze police cars during unrest in Seattle just days after George Floyd died in police custody.

Thomas Kelly Jackson, 20, of Edmonds, Wash., was arrested Wednesday after investigators placed him in downtown Seattle May 30 through a review of videos and cell phone records. He is charged with arson and unlawful possession of a destructive device. 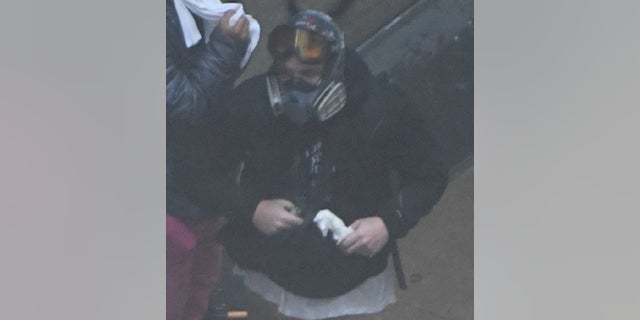 “These individuals are hijacking legitimate First Amendment protected activity," said Raymond Duda, special agent in charge at the FBI Seattle field office. "By investigating this violent activity, the messages of peaceful protests have a better chance of being heard."

A video of the chaotic scene shows a man using glass containers with flammable material and a wick to burn two Seattle police vehicles, federal prosecutors said. Jackson was identified as a potential suspect after authorities received an anonymous tip.

He was on video throwing a Molotov cocktail into a vehicle while another video shows him throwing a glass bottle with a wick. 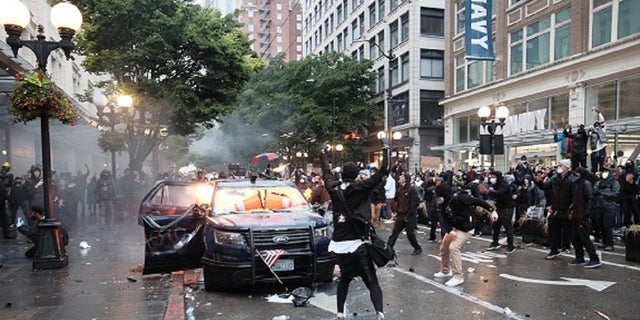 Thomas Kelly Jackson, 20, allegedly threw Molotov cocktails at two Seattle police vehicles during a May 30 protest that devolved into a riot. (Justice Department )

A second Molotov cocktail was thrown at a police windshield before it bounced and ignited on the street near a Nordstrom store, prosecutors said.

Cell phone records placed him at the scene at the time of the fires, the Justice Department said. In addition, Jackson allegedly searched online how to construct Molotov cocktails.

He faces up to 30 years in prison.