Man allegedly buying drugs stabbed in back, robbed of $6G in designer goods near Times Square

Man allegedly buying drugs stabbed in back, robbed of $6G in designer goods near Times Squareclose 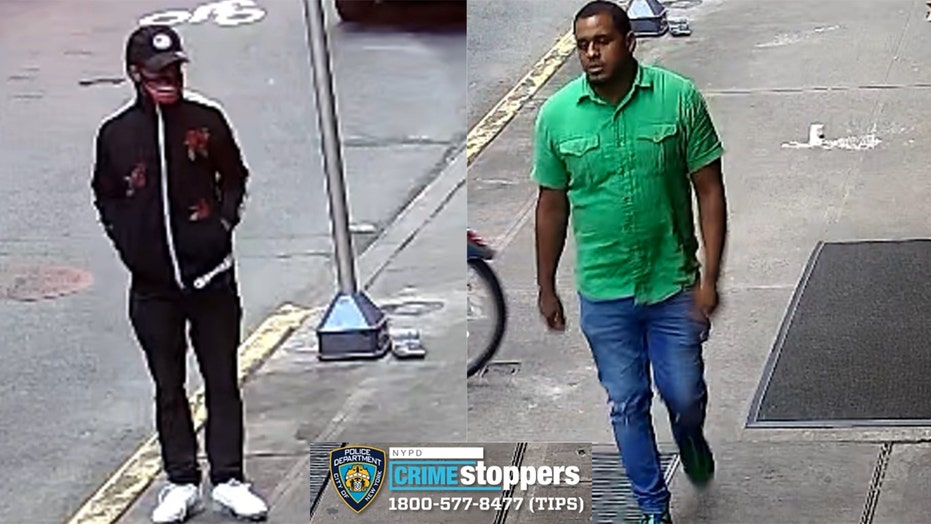 A man was stabbed in the back and robbed in front of a New York City hotel during a drug deal gone wrong just blocks from Times Square, according to police.

The 37-year-old and two other men began arguing in front of the Four Points Hotel on West 40th between Eighth and Ninth avenues in Manhattan shortly before 7 a.m. Saturday when the pair grabbed the victim’s Louis Vuitton wallet, two iPhones and a Versace bag, police said.

One of the thieves then pulled out a sharp object and stabbed the victim in the back before both men ran off with the high-priced items, which collectively are believed to be worth $5,900, police said. 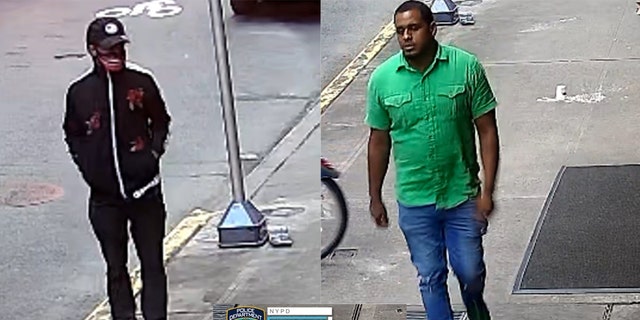 The suspects in an incident in which a man was stabbed in the back and robbed of $6,000 in designer goods near Times Square. (NYPD/DCPI)

The New York Daily News, citing police sources, reported the victim had arranged to meet the pair outside the hotel to buy drugs, but the deal took a turn for the worst after the duo spotted his designer outfit.

The victim was taken to an area hospital with injuries that were not life-threatening, police said.

Police said his attackers are still on the loose. One suspect was wearing a bright green button-down shirt at the time of the attack and is described as having short hair and a medium build.

The other man was seen wearing a black jacket with a white lining, black pants, a black hat and a face mask and was described as having a thin build.

NFL threatens to discipline teams who fail to adhere to face-covering rules: report