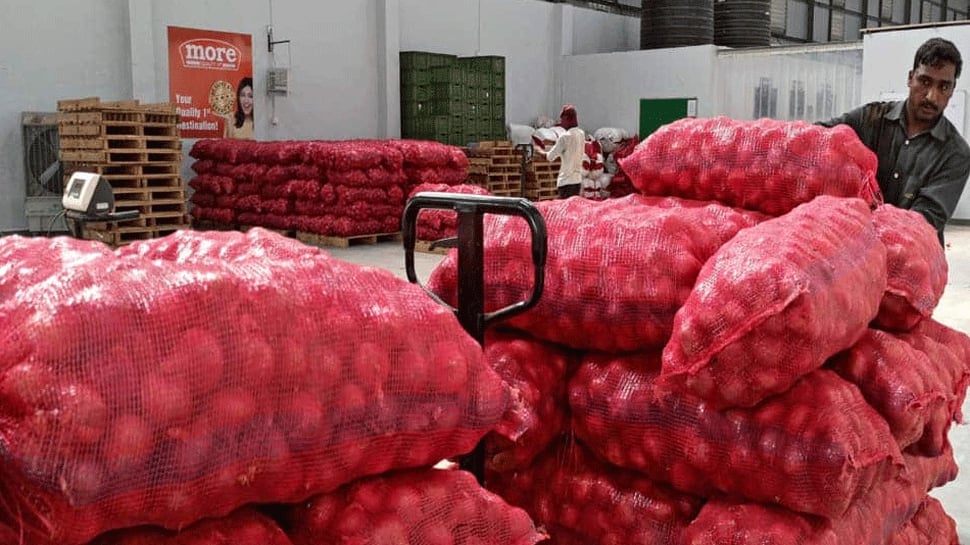 Nashik: The onion traders of Maharashtra's Nashik staged protest against the central government on Monday for its rule which restricts them to keep not more than 25 tonnes of onions in godowns.

The traders protested by not making any purchase of onion on Monday.

However, the central government's decision limiting the storage comes as a measure to curb the rising prices of onions and black marketing.

One of the onion traders in Nashik named Amun keeps 3000 tonnes of onions in his warehouse. He said, ''A single truck can carry 30 tonnes of onions and even if we are purchasing one truck onion it would violate government's rule thats why we have decided not to buy onions.''

Meanwhile, the wholesale onion prices fell by up to Rs 10 per kg in key consuming markets such as Delhi, Mumbai and Chennai with increase in arrival of the perishable commodity after the government imposed stock limits on traders to check hoarding and price rise, government data showed. Also Read: Onion prices drop in consuming markets after govt action against hoarding

Onion prices showed a declining trend even in producing areas. For instance, in Lasalgaon in Maharashtra, Asia's largest wholesale onion market, onion prices dropped by Rs 5 per kg to Rs 51 per kg in just one day after the government's order on stock limits.