MacKinnon sidelined at least a week with lower body injury

MacKinnon sidelined at least a week with lower body injuryclose 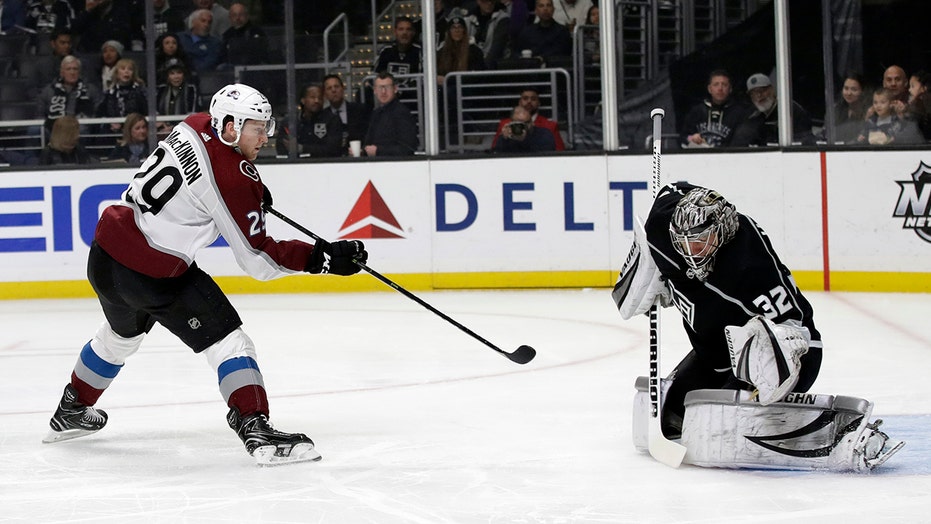 The Colorado Avalanche will be without top scorer Nathan MacKinnon for at least a week after he suffered a lower body injury.

MacKinnon was hurt during the second period in Los Angeles against the Kings on Monday. It's the latest blow to an injury-plagued Avalanche team that's trying to catch St. Louis for the top seed in the Western Conference.

The Avalanche are missing six other players. They will have defenseman Cale Makar back in the lineup when they face the New York Rangers on Wednesday night.

Makar has been out the last five games with an upper body injury. He's second among rookies with 47 points.

The speedy MacKinnon will be hard to replace as the center ranks among the league's top 10 in points (93), goals (35) and assists (58) this season. He has a career-high 29 multi-point contests this season, the most by an Avalanche player since Peter Forsberg had the same number in 2002-03.

Colorado coach Jared Bednar said MacKinnon will miss “one to two weeks.” Bednar plans to insert J.T. Compher into the center spot on the top line versus the Rangers.

Asked if he's ever experienced this many injuries all at once, Bednar responded: “Simple answer is no. … The sheer number of guys we have out and guys that play key roles for us — it's getting to be a lot."

A welcomed sight for the Avalanche: Kadri, Burakovsky, Rantanen and Calvert all skated Wednesday morning during drills with the team. Grubauer was on the ice as well.

"We could be trickling them into the lineup during this homestand," said Bednar, whose team plays four straight at home as it enters the night two points behind St. Louis for the top spot. “Hopefully we have some reinforcements coming soon.”

Although Vladislav Namestnikov wasn't on the ice with the team Wednesday, Bednar said it was just a maintenance day and the center will suit up. Namestnikov was acquired from Ottawa on Feb. 24 and has three goals with Colorado. He began the season with the Rangers before being dealt to the Senators.

The injury predicament could prove especially cumbersome during this stretch, when Colorado plays 16 games in March. That matches a franchise record for most contests in a particular month.

“Obviously, we're losing key players,” forward Tyson Jost said. "Different guys have stepped up each and every night. … We have to keep doing that.”

76ers’ Simmons out at least 3 more weeks with back injury