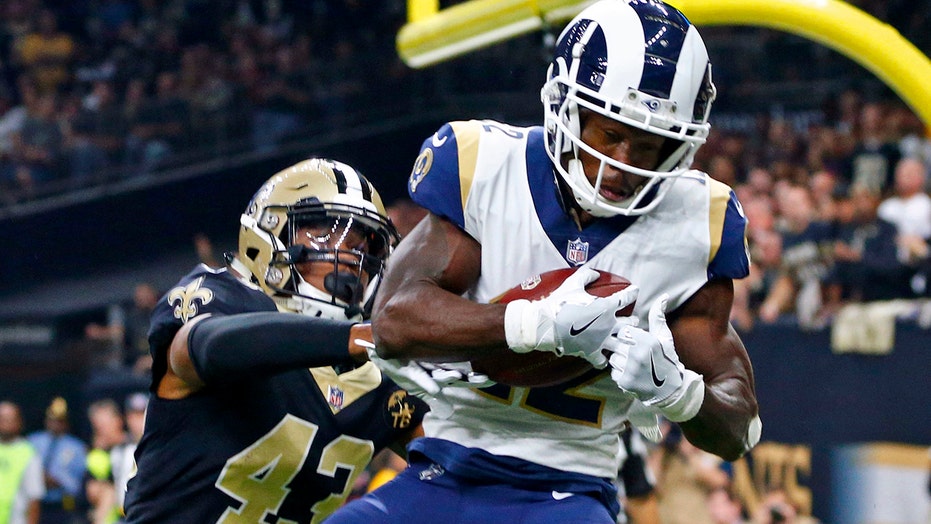 Wide receiver Brandin Cooks is on the move yet again.

The Los Angeles Rams traded Cooks to the Houston Texans, according to the NFL Network.

The Rams will also send a future fourth-rounder to Houston in exchange for a second-round pick in the 2020 NFL Draft in return.

Cooks will help the Texans replace All-Pro DeAndre Hopkins, after he was surprisingly traded to the Arizona Cardinals for running back David Johnson and two draft picks in March.

Cooks spent his first three NFL seasons with the New Orleans Saints, and played the past two seasons with the Rams after they acquired him from the New England Patriots. The Rams gave him an $81 million contract extension through 2023 before he played a game for the team.

In 2018, Cooks hauled in 80 receptions for 1,204 yards and five touchdowns in the Rams’ NFC championship run.

Cooks is the latest offensive weapon to leave the Rams, after they released former All-Pro running back Todd Gurley earlier in the offseason. Gurley ended up signing with the Atlanta Falcons.

Pope appoints Fr Zampini as adjunct secretary for the Dicastery