The Los Angeles County district attorney apologized Monday for her husband for allegedly pointing a gun at about 50 Black Lives Matter demonstrators and threatening to shoot them for showing up to their Los Angeles home before dawn.

Jackie Lacey said she and her husband, David, were awakened and frightened. She said he ran downstairs, and she heard him talking to someone and that when he came back, he said there were protesters.

Black Lives Matter organizer, Melina Abdullah, told KTTV the protesters rang Lacey's doorbell to meet with her. In a video posted by Abdullah, a man pointing a gun opens the door and says, "Get off. Get off of my porch."

In the video, a woman off-camera says: "Good morning. Are you going to shoot me?"

The man – identified by Cannick as David Lacey – says “I will shoot you. Get off of my porch."

The woman responds: "Can you tell Jackie Lacey that we're here?"

The man says: "I don't care who you are, get off of my porch right now. We're calling the police right now."

The Los Angeles police were called to a home around 5:40 a.m. regarding about 50 protesters outside a home, Officer Lizeth Lomeli said. No arrests were made. 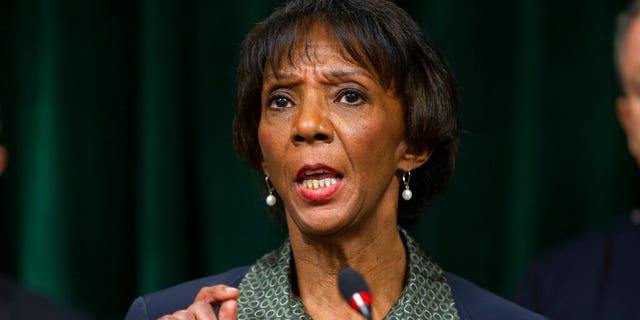 Lacey has clashed repeatedly with Black Lives Matter protesters. They accuse her of being too protective of law enforcement and failing to prosecute officers who fatally shoot suspects.

The Monday morning encounter came a day before a primary election where Lacey, the first black woman to lead the largest local prosecutor’s office in the U.S., is seeking a third term.

Rossi, whose spokeswoman Jasmyne Cannick also posted the video on Twitter, criticized Lacey's reluctance to meet with the protesters.

Afghan conflict: Taliban to resume attacking local forces after deal with US

Afghan conflict: Taliban to resume attacking local forces after deal with US