In our series of letters from African writers, Kenyan journalist Waihiga Mwaura reflects on how the coronavirus has fuelled anti-Chinese prejudice in his country.

Despite the concerns around the spread of the coronavirus, the greatest enemy is not the virus itself, but "fears, rumours and stigma".

Not my words, but those of the Ethiopian who is leading the global effort to lessen the impact of Covid-19.

When talking about #COVID19, certain words & language may have a negative meaning for people and fuel stigmatizing attitudes https://t.co/yShiCMfYF3 #coronavirus pic.twitter.com/d54qL4LY2H

The World Health Organization chief, Tedros Adhanom Ghebreyesus, was responding at the end of last month to cases of anti-Chinese prejudice. He repeated the message on Twitter earlier this week while sharing a story about a Singaporean man who was beaten up in the UK capital, London, over the coronavirus.

The virus of prejudice is spreading. Kenya is no exception.

A shakily filmed video has been circulating on social media here showing an Asian man and woman being bullied by a large crowd in a low-income area of the capital, Nairobi.

The man responds by trying to film the crowd but quickly realises that his female companion could be attacked so rushes to her aid.

The video stops before we see how the incident ended but it was a true depiction of the side-effects of the coronavirus. 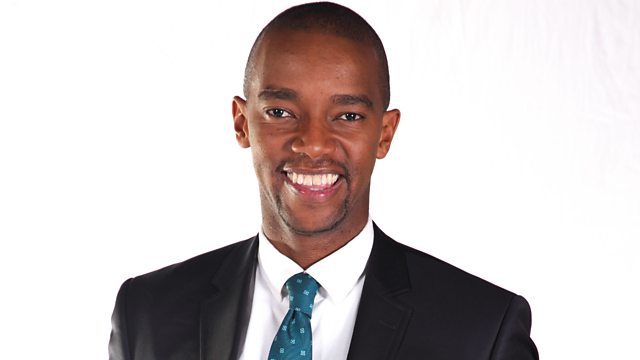 Before Kenya has even recorded a case, the fear, mixed with stigma, is palpable"Waihiga Mwaura
Kenyan journalist

On 27 February, a message went viral on Facebook, allegedly posted by a Kenyan member of parliament, calling for his constituency residents to avoid interaction with Chinese nationals who had just returned from China after celebrating their new year.

The post warned that if the government did not do enough to protect its citizens, and forcefully quarantine any of these Chinese nationals, then the residents had his permission to chase away and stone any Chinese people within their vicinity.

China's embassy responded quickly with a Twitter post calling for a "rational and scientific approach towards Chinese communities" and described the remarks that had been made as racist.

Kenya is not alone in this prejudice, but what is interesting is that all the initial cases of the virus in sub-Saharan Africa have been linked to European travel rather than China. Yet there is no equivalent anti-European feeling.

Before Kenya has even recorded a case, the fear, mixed with stigma, is palpable.

The prejudice has been fuelled by China and Kenya's entwined economic relationship.

Kenya has borrowed a large amount of money from China for big infrastructure projects. While the ordinary Kenyan is not feeling the benefit, they are looking for someone to blame for their economic woes.

Tired of pointing the finger at the government, some here have re-directed their frustrations towards the growing number of Chinese nationals who have come to seek economic opportunities.

Coronavirus fears, therefore, have found fertile ground and led to some extraordinary behaviour.

Adrian Blomfield, a veteran freelance journalist here, said that all the drivers at his local taxi rank had agreed not to carry Chinese people as passengers.

One taxi driver told me that Chinese nationals were changing their user names on the taxi hailing apps to avoid their passenger request being declined.

He also informed me that when they are ferrying passengers from the airport, they roll the windows down and even wear facemasks, especially if the passengers had just landed from China.

He wound up his narrative by demanding that the government provide free face masks to all taxi drivers who ply the airport route and to provide more information to the public.

There has been some criticism here that the authorities have been slow in educating the public about the virus and warning them against prejudice.

What do I need to know about the coronavirus?

The vacuum has been filled by rumours and misinformation. A sensitisation campaign has now been promised, but it may come too late.

Nevertheless, for Chinese nationals living in Kenya, like Lin Yimenghan, who runs a charity, life goes on.

He has witnessed only one worrying incident when someone called him "coronavirus" at a bus stop in Nairobi.

But his analysis of the situation is remarkable.

"It is normal for people to fear something they are not aware of," he told me calmly.

If only everyone had such an attitude, then this world would be a more peaceful place.