Attorneys for Joseph DeAngelo Jr., the alleged Golden State Killer accused of terrorizing men, women and children across California in the 1970s and 1980s, said he would be willing to plead guilty if prosecutors did not seek the death penalty against him.

DeAnglelo is facing 13 murder and 13 rape-related kidnapping charges in six California counties. He's also accused of 50 more rapes and countless other ransackings, according to court documents.

"Mr. DeAngelo is 74 years old," his defense team wrote in a motion filed this week. "He has offered to plead guilty to the charges with a lifetime sentence."

DeAngelo was arrested in April 2018 based on genetic DNA traced through his relatives.

Prosecutors said DNA retrieved from DeAngelo the day of his arrest was a perfect match to DNA found at eight crime scenes. However, since then, DeAngelo has refused to provide additional samples, stymying efforts from other counties to run tests. 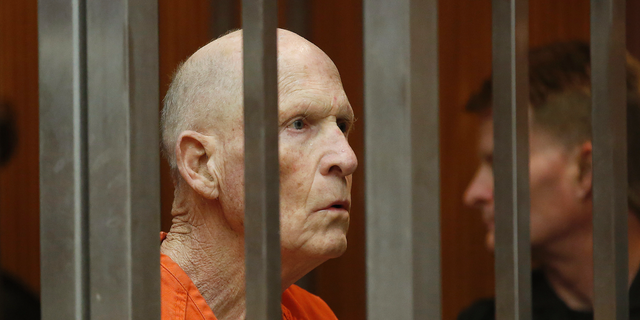 Though assistant public defender Joe Cress did not respond to requests for additional comment, a few of DeAngelo's accusers told the Los Angeles Times that they had received a letter from Cress asking them to tell an independent mediator their thoughts about resolving the case without a trial.

Kris Pedretti, who was raped in 1976 when she was 15, told the Times she "would be OK" with it, but added that in exchange victims "want answers" from DeAngelo.

"Where he was. What he was doing … He owes us answers… real answers," she said.

Victor Hayes, who was held captive while the Golden State Killer raped his girlfriend, said he wanted details of how the crimes would have been committed by DeAngelo, who was a patrol duty police officer in Auburn, a small town in northern California.

Last month, DeAngelo's lawyers wrote a letter to victims' families and survivors addressing DeAngelo's offer to plead guilty. It said the plea would resolve the case quickly as opposed to dragging out a trial that could take years and cause more stress for victims and their families.

It is unclear whether the judge will agree to the plea.

Last March, California Gov. Gavin Newsom, a Democrat, issued a moratorium on executions. However, the death penalty remains legal in the state.

What can you do to protect yourself during a tornado? What to know