The Las Vegas Raiders, originally called the Oakland Raiders, were founded in 1960 as the eighth team of the American Football League.

The franchise struggled in the beginning after bouncing around from stadium to stadium. The Raiders were 9-33 in their first three years and home attendance averaged just around 11,000.

But things would quickly change when in 1963, they hired Al Davis as the new head coach. The Raiders would go on to dominate for the next 20 years, winning the 1967 AFL championship, three AFC championships and three Super Bowls — one of which came after the franchise was relocated to Los Angeles.

But who would make a Mount Rushmore of Raiders players? Take a look at the list below. 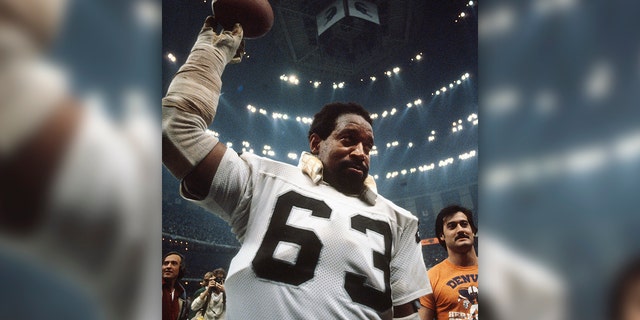 Gene Upshaw #63 of the Oakland Raiders celebrates after they defeated the Philadelphia Eagles in Super Bowl XV at the Louisiana Superdome January 25, 1981 in New Orleans, Louisiana. The Raiders won the Super Bowl 27-10. (Photo by Focus on Sport/Getty Images)

Gene Upshaw was drafted by the Raiders in the first round of the AFL draft in 1967 where he would go on to become the league’s best left guard in his 16 seasons.

Marcus Allen was an instant star when he was drafted by the then-Los Angeles Raiders in 1982. He was voted NFL Offensive Rookie of the Year and in 1984 helped bring home the franchise’s third Super Bowl where he also earned MVP honors.

He holds the franchise record rushing yards and was named NFL MVP in 1985 after he rushed for 1,759 yards and scored 11 touchdowns. The six time Pro Bowler was inducted into the Pro Football Hall of Fame in 2003. 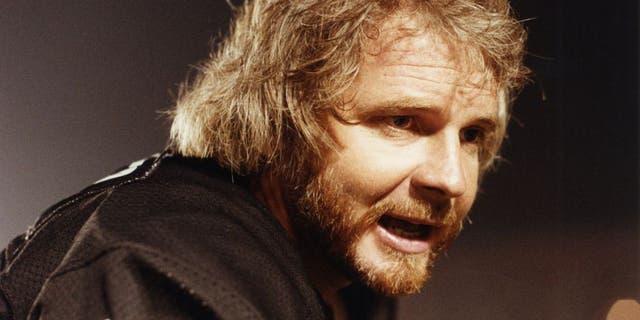 Ken Stabler #12 of the Oakland Raiders looks on during a circa 1970s game at Oakland-Alameda County Coliseum in Oakland, California. (Photo by Robert Riger/Getty Images)

Ken Stabler is arguably one of the best quarterbacks to have worn the Raiders uniform. Drafted in 1968, Stabler became the Raiders' all-time passing leader for 40 years until his record was broken in 2019 by Derek Carr.

He led the franchise to its first Super Bowl win in 1976 and was named to the Pro Bowl four times.

A Heisman Trophy winner out of Notre Dame, Brown would go on to become the best wide receiver in franchise history with nine straight 1,000-yard seasons and 10 consecutive years with 75 or more catches. He is still the Raiders’ all-time receiving leader with 1,070 receptions.

The nine-time Pro Bowler was inducted into the Hall of Fame in 2015.