Lake Michigan to dip to ‘dangerously cold’ water temperatures in the 40s along some beaches: forecasters

Lake Michigan to dip to 'dangerously cold' water temperatures in the 40s along some beaches: forecastersclose 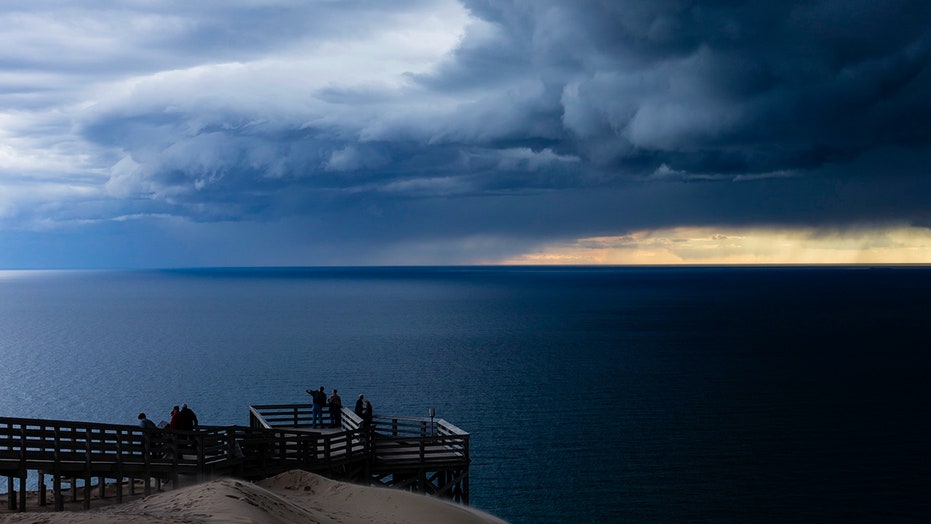 The dog days of summer may be here, but forecasters are warning about bitterly cold temperatures for those looking to cool off in Lake Michigan.

The National Weather Service (NWS) office in Grand Rapids said Monday that cold water temperatures are expected over the next few days.

"The northerly flow will actually pull water away from the shore, which causes upwelling along the coast," the NWS said. "That will drop beach water temperatures dangerously cold."

The NWS said that from Ludington to South Haven, including areas around Muskegon, that water temperatures will drop into the 40s to low 50s.

Forecasters warn that cold water can kill people, with cold shock happening in just one minute.

Incapacitation can happen in 10 minutes, while hypothermia can occur in an hour, according to the NWS.

Besides the cold temperatures, forecasters also warn that gusty north winds will cause dangerous conditions on the water with waves between 3 to 6 feet on Tuesday.

"Beware on Lake Michigan: water is much colder than last week, and waves and currents will be dangerous for swimmers, especially near the piers!" the NWS tweeted.

HEAT WAVES HAVE BECOME MORE FREQUENT AND INTENSE IN MOST OF THE WORLD SINCE 1950S: STUDY

Lake Michigan shoreline water temperatures were in the 70s and "relatively comfortable" last week but have already started to fall by some 10 degrees, Fox 17 reported. 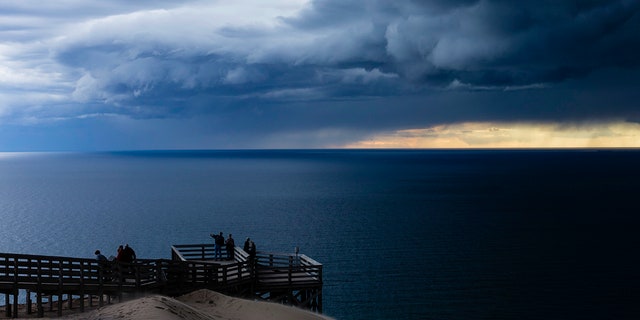 File photo – forecasters warned that "dangerously cold" water may be possible for shoreline areas in Michigan along Lake Michigan for Tuesday. (iStock)

The recent dip in temperatures comes after weeks of persistent hot temperatures last month allowed the Great Lakes to "warm significantly" in the summer sunlight.

Some of the temperatures along lake Michigan were in the mid-to-upper 70s, while places near Toledo on Lake Erie were described in early July as "basically bathwater."

The main reason for the sudden change is due to recent winds out of the north and northeast, which blow the warmer surface water toward the middle of the lake.

Deeper, colder water is then forced upward to replace it, a process known as "upwelling."

According to FOX17, water temperatures are expected to slowly rise again by the weekend.