Kona Low: What to know about this weather that affects Hawaii

Kona Low: What to know about this weather that affects Hawaiiclose 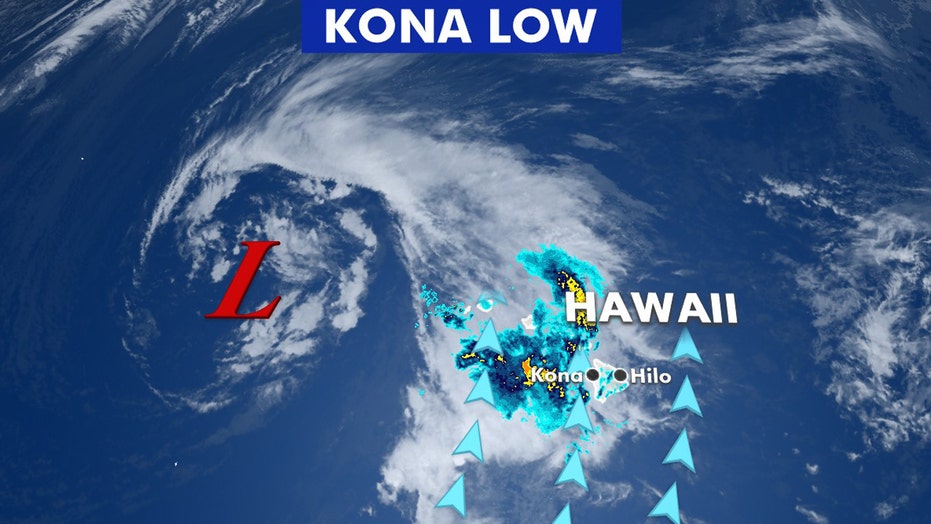 National forecast for Wednesday, May 6

While the Hawaiian islands may be known for picture-perfect scenes, there is a unique type of unsettled weather that impacts the region.

A Kona Low — sometimes called a Kona Storm or Kona Cyclone –is a persistent subtropical cyclone that typically forms northwest of Hawaii between October and April.

Unlike a hurricane, which has a warm center and warm core, a Kona Low is a different kind of storm.

A Kona Low has a cold center of circulation and is named for the southerly winds that blow over the often dry leeward, or “kona” side of the islands.

Hawaii is typically used to trade winds that blow in from the northeast. When Kona Lows impact Hawaii, they bring southwesterly winds over the islands. 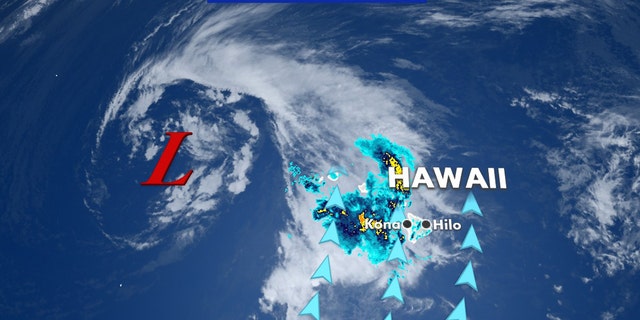 A Kona Low is a persistent subtropical cyclone that typically forms northwest of Hawaii between October and April. (Fox News)

"Kona Lows originate from a deep kink in the jet stream (a band of strong winds high in the atmosphere that steer weather systems) that sinks south and pinches off, leaving behind a low-pressure circulation that is cut off from the main core of the jet," according to NASA. "These cut-off lows can linger for several days."

Since the storms draw abundant moisture up from the warm tropical waters that surround Hawaii, they also interact with the topography of the islands to produce heavy rains.

The storms can bring rain, thunderstorms, strong winds, and dangerous surf to Hawaii that last for days.

During a Kona Low in 2007, peak winds of 70 mph were reported on Oahu while on the Big Island of Hawaii, blizzard warnings were issued for the summits of Mauna Loa and Mauna Kea.