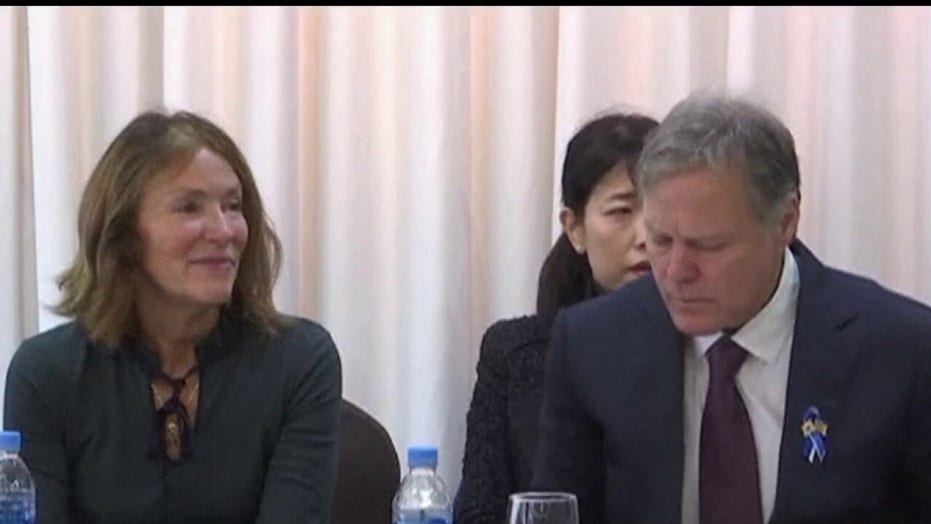 Targeting what officials say is the financial flow to Kim Jong Un's regime.

It is a strike against Kim Jong Un, no matter what his condition.

A hostel in Berlin, believed to be owned by North Korea, is on its way to being shut permanently after a recent German court decision. The order follows years of pressure from the parents of Otto Warmbier, the college student who died after being detained by North Korea; Richard Grenell, the U.S. ambassador to Germany and acting director of national intelligence, and the German government.

The building, the Berlin City Hostel, now closed because of coronavirus, looks like any modern hotel in the heart of a European city. Rooms cost about $30 a night and Trip Advisor touts: "See why so many travelers make Berlin's City Hostel their small hotel of choice when visiting Berlin."

But officials say the hostel is owned by North Korea and funneled about $41,000 a month into the pocket of Kim Jong Un's regime from the unsuspecting guests.

"Our goal is to get this hotel, this youth hostel to shut down because it is inappropriate for the North Koreans to collect money in Berlin when there are sanctions on the regime via the U.N.," Grenell told Fox News in an interview earlier this year.

He has been leading the charge to get the hostel shut down because he says it violates U.N. sanctions against Kim's regime.

Grenell said the building is located on North Korea's diplomatic compound in Berlin, and has been illegally operating for years.

"The reality is the North Korean government has been doing this for a long time and if not for governments to stand up, and specifically the Trump administration to stand up and say: 'this is a violation, it shouldn't happen,' these types of businesses just continue,” he added.

The regime leases the building to an independent company that runs it. That firm did not respond to questions from Fox News, but German media has reported that the company claimed it stopped paying Kim's regime three years ago.

In January, a judge ordered the hostel closed and the German government agreed.

A spokesperson from Germany's Federal Foreign Office told Fox News that the country is “committed to full sanctions implementation against North Korea.

“Berlin state authorities have ordered the closure of the City Hostel. The operators are challenging this order in court,” the spokesperson continued. “A Berlin regional court has confirmed the order on Jan 28. We expect the order to be implemented once court ruling takes legal force."

Cindy and Fred Warmbier have been waiting for that, having campaigned for the hostel to be closed ever since they heard about it. 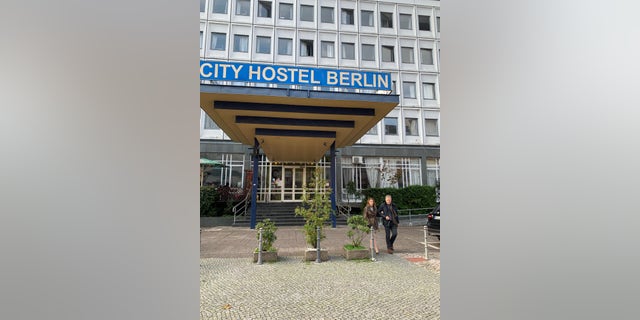 Their son Otto was the 22-year-old Ohio college student on an educational tour of North Korea, who officials say was brutally tortured and sent home to die after being falsely arrested by Kim's regime in 2017.

The Warmbiers visited the hostel last November in their attempts to have it shut down, and in the process shut off the financial spigot that officials say flowed to Kim's regime.

"Kim has billions in Swiss bank accounts and homes in Switzerland and nobody challenges them on this,” Fred Warmbier told Fox News. “We are going to challenge North Korea any way we can." 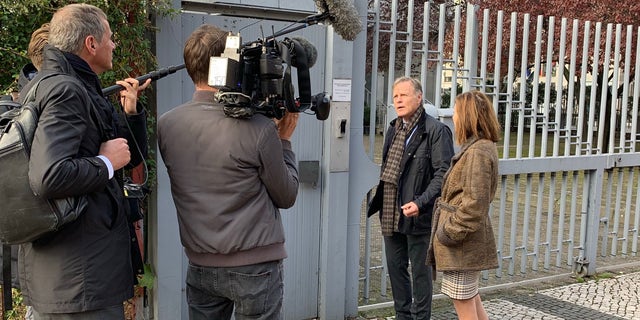 Lothar Harings, the German lawyer representing the Warmbier family, says that while the German Higher Administrative Court confirmed the preliminary closure of the hostel late last month, there still is an application to appeal. He expects the legal process could still stretch out for several more months.

Harings told Fox News that he hopes the "ruling will send a signal to other member states of the European Union to terminate commercial activities by North Korean embassies, Berlin was only the most visible example.”

"It’s a shame that it already took more than 3 years to enforce U.N. and E.U. sanctions in Berlin,” Lothar said. “We want to hold the regime in North Korea accountable for its actions, for the torture and murder of Otto Warmbier.”

Mother of Otto Warmbier on her son's imprisonment in North Korea: He was with the Devil

Cindy Warmbier describes the look in her son's eye when he was returned to the U.S. after eighteen months in North Korean captivity.

Sung-Yoon Lee, a professor of Korean studies at The Fletcher School at Tufts University, told Fox News that the hostel is just one example of how Kim secretly finances his regime through foreign funds.

"It's important for the world to understand that the North Korean state really operates and thinks like a criminal syndicate," he said. "It takes a lot of effort and work to go after North Korea's illicit activities but it's the right approach.”

He continued: “The international community has an obligation to try to do its best to stop these criminal proliferation of drugs, weapons and banned goods and counterfeits."

Authorities suspect the Berlin property is one of several commercial enterprises in Europe that are owned by North Korea and are investigating other properties.

"It's not acceptable just to raise your hand at the U.N. and say we are on board with sanctions, but you then have to leave the U.N. chamber, you have to go back to your capitals and you have to implement the sanctions that you vote for," he said.

North Korea officials did not return requests for comment from Fox News about the hostel.

A global COVID-19 pandemic has darkened the building for now, but soon the Warmbiers, Grenell, and others hope the empty rooms will remain unoccupied for good.

Ramadan no excuse not to workout say Dubai fitness experts