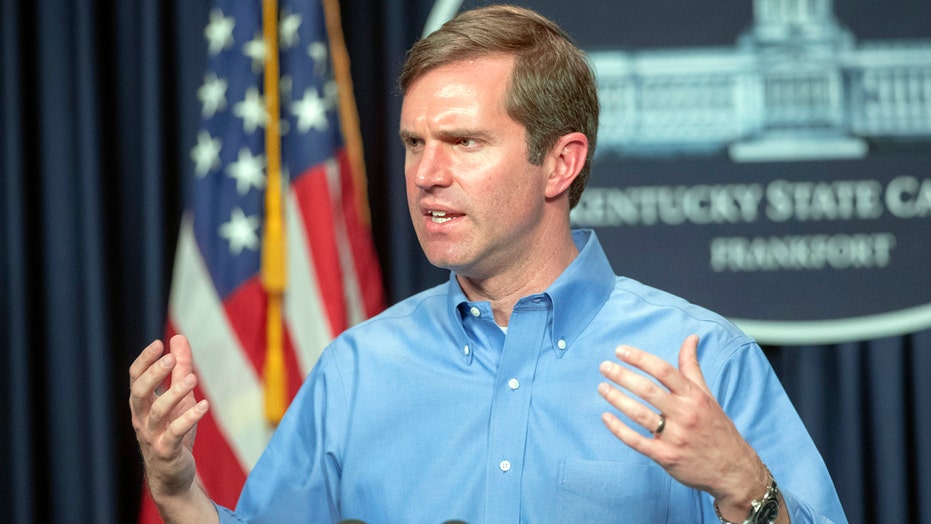 Pastor Bruce Wike invites worshipers to drive up to Easter mass and remain in their vehicles for the service.

On Easter Sunday, a Kentucky church that defied coronavirus orders from Gov. Andy Beshear by holding an in-person service was met with a heavy police presence and nails at the entrance of the parking lot.

Dr. Jack Roberts, the pastor of Marysville Baptist Church, arrived to find "at least one box of nails" blocking each entrance of the parking lot, the Louisville Courier-Journal reports.

"It was sad when we drove into the house of God today. Someone decided it would be nice if you all drove home with flat tires today," Roberts, a preacher of 55 years, told the congregation Sunday morning during his sermon.

"When our politicians get on TV and say they want to save one life. You can save 60 a day or better in downtown Louisville," he said. "It's not that complicated, folks. It's not lives they want to save."

It's not lives they want to save.

The pastor, who defied the state's stay-at-home orders designed to limit the spread of the deadly coronavirus, recognized two people who drove 12 hours from New Jersey to attend the service, as well as a couple from Dayton, Ohio. About 50 people were inside the church while others listened to the service from outside via a sound system. The pastor said he was concerned about saving souls.

Roberts, who maintains he has a right to hold services and said he was "not interested in trying to defy the government," covered his plates but Kentucky State Police troopers recorded the VIN numbers and left large signs on every car accusing them of "CREATING SCENES OF AN EMERGENCY," the paper said. 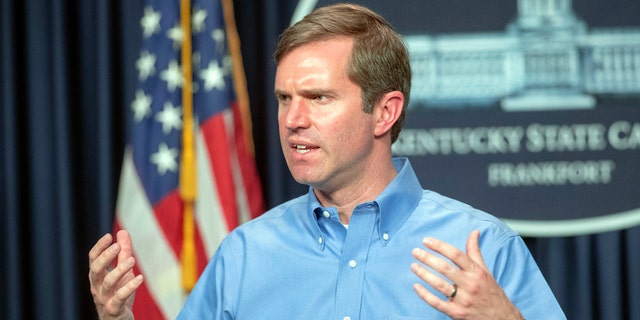 In this Sunday, April 5, 2020, photo, Kentucky Gov. Andy Beshear speaks about the coronavirus during a news conference at the state Capitol in Frankfort, Ky. (Ryan C. Hermens//Lexington Herald-Leader via AP)

The scene came days after Beshear, a Democrat, threatened a 14-day quarantine for anyone who attended a mass gathering, including worship services over Easter weekend, and said officials would record their license plates and give their information to health officials.

The governor said he would not "padlock doors or arrest pastors" in an effort to maintain public health and while it is unclear who left the nails in the parking lot, he added that he was "just doing my best to save lives."

“To our knowledge, 99.89% of all churches and all synagogues and all mosques in Kentucky have chosen to do the right thing,” Beshear stated in a press conference Saturday.

The Baptist church appears to be the only congregation that held in-person services, as many moved online, according to police.

On Saturday, a federal judge ruled that the mayor of Louisville's "stunning" ban on drive-in services was "unconstitutional" after the pastor of On Fire Christian Church, represented by First Liberty Institute, sued.

Beshear's statewide plan to order people into quarantine if they attend church was blasted by Republicans, including Sen. Rand Paul, R-Ky., who told him to “take a step back.” Senate Majority Leader Mitch McConnell also celebrated the judge's decision in a tweet.