Kenny Atkinson out as Nets coach in surprise split

Kenny Atkinson out as Nets coach in surprise splitclose 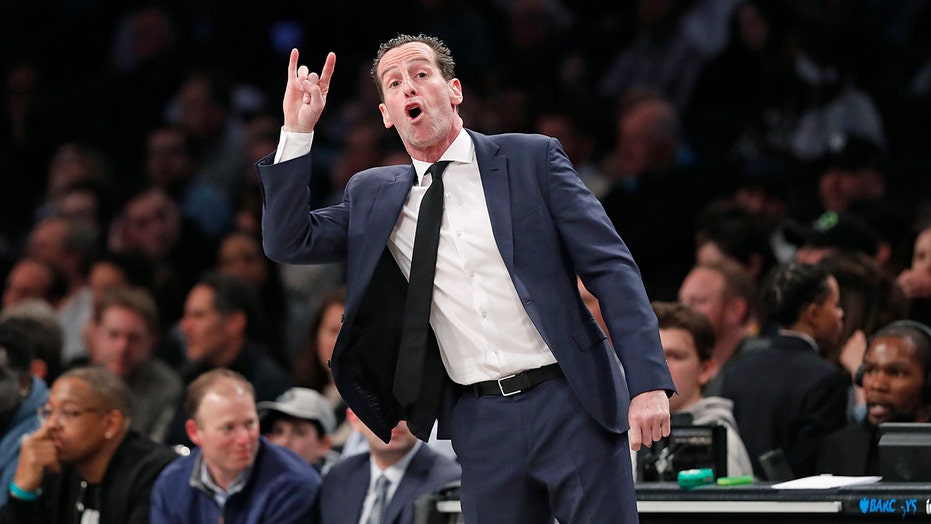 Kenny Atkinson won't have the chance to coach Kevin Durant and Kyrie Irving together in Brooklyn.

The Nets surprisingly split with their coach Saturday, even as they remain on track for a second consecutive playoff berth.

The morning after Atkinson guided the Nets to a 139-120 rout of San Antonio, the Nets announced the decision to part with the fourth-year coach.

“After discussions with Kenny about the progress of the season, we mutually agreed that a coaching change would be in the best interest of the team,” general manager Sean Marks said in a statement. “This was an extremely difficult decision, however the organization believes it is one that is necessary at this time."

Jacque Vaughn will serve as coach for the rest of the season.

The Nets are in seventh place in the Eastern Conference. Atkinson was 118-190 in 3 1/2 seasons of his first NBA head coaching job.

They returned to the postseason last year and are five games clear of ninth-place Washington despite a 28-34 record.

That comes despite only 20 games from Irving and none from Durant, the two superstars they signed last summer to bring heightened expectations to Brooklyn.

But the Nets had ruled Durant out from the start as he recovers from Achilles tendon surgery, and Irving is out for the season after playing just 20 games before having shoulder surgery.