Kenneth Murray: 5 things to know about the 2020 NFL Draft prospect

Kenneth Murray: 5 things to know about the 2020 NFL Draft prospectclose 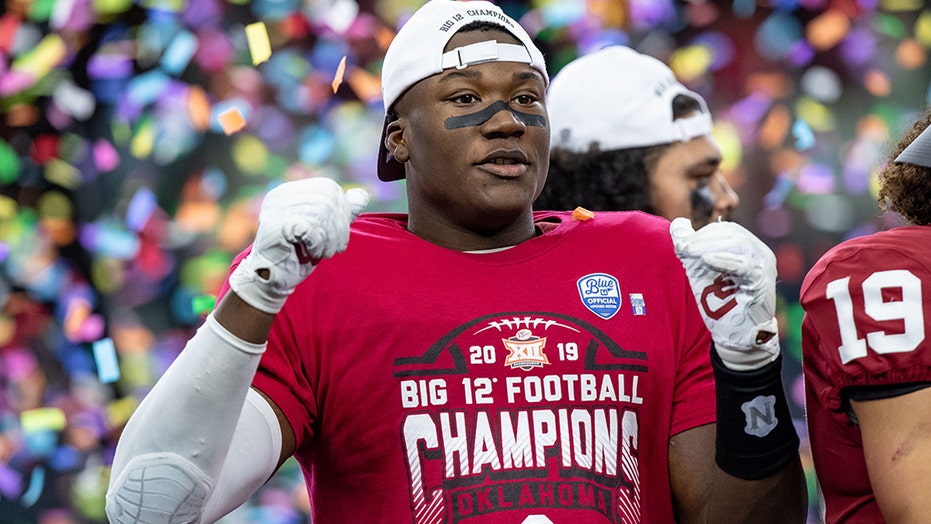 Kenneth Murray is a college linebacker for the Oklahoma Sooners who is looking to make the jump to the pros.

The NFL hopeful spent three years at the University of Oklahoma where he had an explosive freshman year before earning first-team All-Big 12 honors in his final season.

Here are five other things to know about Murray.

The Missouri City, Texas, native committed to Oklahoma as a four-star recruit. After registering 78 tackles, 7.5 tackles for loss and one sack in 14 starts, Murray was named Co-Big 12 Defensive Freshman of the Year.

Murray was ranked third in the FBS his sophomore year after totaling 155 tackles and 4.5 sacks. The following year he registered 102 stops and four sacks before foregoing his final year to declare for the draft.

Despite putting on a strong performance at the combine, Murray sustained a right hamstring strain during the 40-yard dash. According to reports, he appeared to avoid major injury and shouldn’t be affected going into next season.

Murray could be drafted by the Philadelphia Eagles with the No. 21 overall pick.

Coronavirus: Amazon ordered to only deliver essential items in France