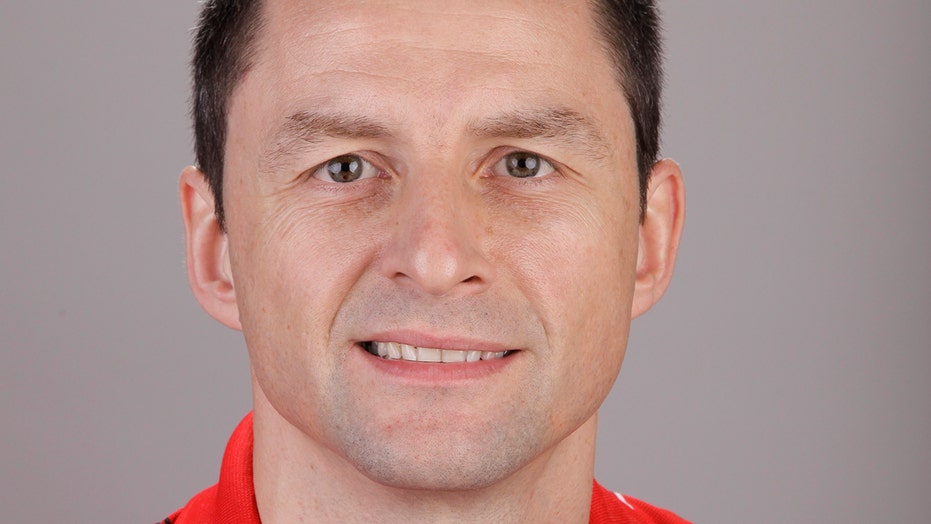 Arturas Karnisovas developed a passion for the Chicago Bulls when he was a teenager in Lithuania. He watched from afar as Michael Jordan set out on a path that turned Chicago into a championship dynasty and a global brand.

Now it’s his job to direct Jordan's old team back to the top of the NBA.

The Bulls fired general manager Gar Forman on Monday, while officially hiring Karnisovas as their executive vice president of basketball operations and moving John Paxson into an advisory role.

The struggling Bulls handed the keys to the 48-year-old Karnisovas last week, convincing him to leave his job as GM of the Denver Nuggets. By making the move now rather than waiting until the season resumes or is called off, they believe they are giving him more time to evaluate the organization.

“This is my dream,” Karnisovas said during a conference call. “Our ultimate goal is clearly to bring an NBA championship to the city of Chicago. … A firm foundation is absolutely vital. I will build that here in Chicago. No skipping steps. There is a systematic approach to success."

Chief operating officer Michael Reinsdorf said Paxson told him and his father Jerry Reinsdorf, the team's chairman, in December the front office needed to be restructured and it was time for someone else to lead the operation. Paxson offered to change his role and even step down.

“That's really the kind of person John is," Michael Reinsdorf said. "I've always said that: When the time came to make a change, John would be the one to let us know. That is indeed what ended up happening.”

Jerry Reinsdorf said in a statement that Paxson — who hit the championship-winning 3-pointer for Chicago against Phoenix in 1993 — showed why he is “forever a willing teammate on and off of the court” by putting the Bulls' interests first and deciding to step aside.

While Paxson remains with the organization, Forman is out. And coach Jim Boylen's future remains unclear.

Karnisovas said he sees Paxson as “an asset” who can be a “huge help” as he adjusts to his new job.

“After some consideration and conversations, it was apparent we have different philosophies that would prevent us from moving forward,” Karnisovas said. “I'm sure Gar gave his best to the Bulls' organization. But those decisions are never easy. I was hired to affect change.”

Karnisovas prefers a quick pace and players who can handle multiple positions. He offered no timetable for hiring a general manager or deciding the future of Boylen and his staff, saying he will “do a comprehensive evaluation of every department.” He did confirm he has hired New Orleans salary-cap specialist J.J. Polk and Denver player-personnel director Pat Connelly for front-office positions.

The Bulls thought they were ready to contend for a playoff spot after combining for just 49 wins the past two seasons. Instead, they were 11th in the Eastern Conference at 22-43 when the NBA suspended play because of the COVID-19 pandemic. Denver is third in the Western Conference and leading the Northwest division with a 43-22 record.

Karnisovas starred at Seton Hall and had a successful international career that included two Olympic bronze medals for Lithuania. He worked in basketball operations for the NBA from 2003 to 2008 and spent five years as an international scout for the Houston Rockets before joining Denver’s front office in 2013. He became the Nuggets’ general manager four years later, with Tim Connelly promoted from GM to president of basketball operations.

He said Nuggets president Josh Kroenke told him he would have “absolutely” put Karnisovas in charge had Connelly not passed on an opportunity last year to run the Washington Wizards. That carried plenty of weight, considering Kroenke's hires to lead Denver's front office — Masai Ujiri and then Tim Connelly.

Michael Reinsdorf said he called Karnisovas the night before their interview last week. What he thought would be a quick hello turned into about a 90-minute conversation. Over several more talks the next few days, it became clear to him this was the right person for the job.

Michael Reinsdorf just needed his dad's OK. And after a final interview with Jerry, he got it.

“I think what my dad said to me after the meeting when we reconvened was ‘I never thought you would find anyone as great as Arturas,’” Michael Reinsdorf said. “So I knew we were done.”