Kansas father, son and dog aboard small plane walk off ‘without a scratch’ after crash landing into tree in Florida: cops

Kansas father, son and dog aboard small plane walk off 'without a scratch' after crash landing into tree in Florida: copsclose 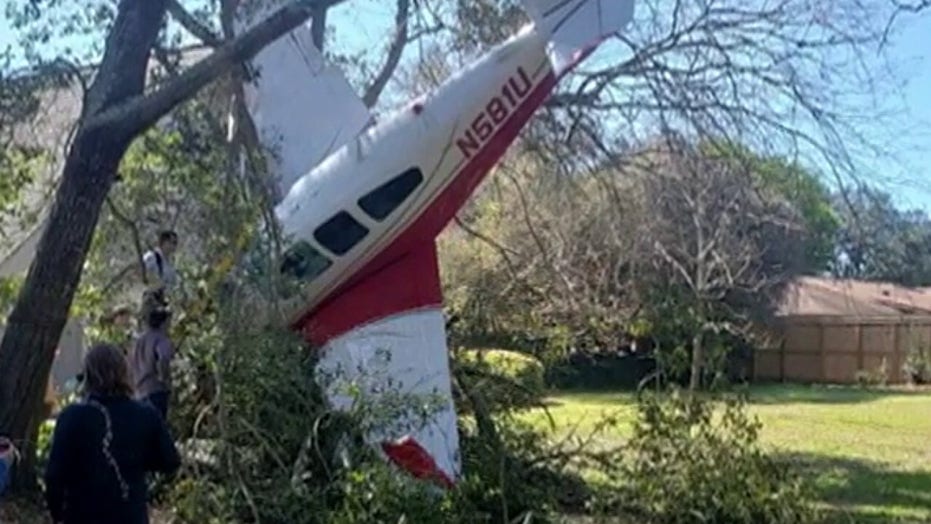 A father, son and the dog they were flying with walked away unscathed after their small plane crashed into a tree near an airport in the Florida panhandle Saturday morning, officials said.

The Beech Bonanza aircraft, which is a six-seater, single-engine model plane, crashed around 10 a.m. just short of the runway at the Destin Executive Airport, according to the Okaloosa County Sheriff’s Office. While coming in for a landing, the small plane experienced engine trouble and just missed a house before careening into a tree near Main Street.

The two men, along with their Labrador retriever, “somehow survived without a scratch,” the sheriff’s office said in a Facebook post. They were the only people aboard the aircraft. Jason Dougherty, 47, and his son Caleb Dougherty, 22, both from Kansas, were flying to Florida for vacation.

The National Transportation Safety Board will investigate the accident. The Federal Aviation Administration has also been notified.