The Kansas City Chiefs came into existence in 1960 when they were known as the Dallas Texans in the American Football League. The Texans would soon move to Kansas City and become the Chiefs in 1963.

The Chiefs would put themselves on the map when they defeated the Minnesota Vikings in Super Bowl IV to become the second AFL team to win the big showdown with the NFL.

It would take several more decades before the Chiefs would be in another Super Bowl. Patrick Mahomes led the team to the Promised Land during the 2019 season and become the youngest quarterback to win Super Bowl MVP.

In between, the Chiefs have produced Hall of Fame players who have made a significant impact in the NFL.

Which players are on the team’s all-time Mount Rushmore? Check out the list below to find out. 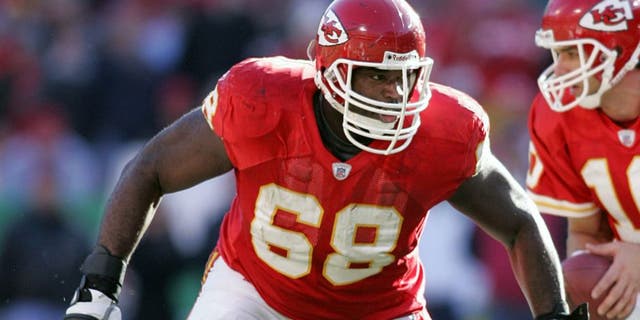 Will Shields is one of the best guards in history. (Photo by Tim Umphrey/Getty Images)

Will Shields is known as one of the best offensive linemen in the history of the NFL. Kansas City selected the future Hall of Famer in the third round of the 1993 draft. He would go on to play in every single game of his career since he made his debut. He only missed one start his whole career.

Shields was a 12-time Pro Bowl guard and a two-time First-Team All-Pro selection. He was named the 2003 Walter Payton Man of the Year and was inducted into the Pro Football Hall of Fame in 2015. 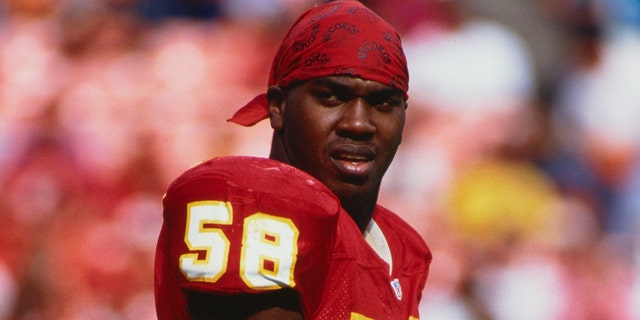 Derrick Thomas was a top linebacker for the Chiefs. (Photo by Tim DeFrisco/Allsport/Getty Images)

Derrick Thomas was a fearsome linebacker in the brief 11 seasons he played for the Chiefs. He led the league in forced fumbles twice and recorded a league-leading 20 sacks during the 1990 season.

He was a nine-time Pro Bowler and two-time First-Team All-Pro selection. He was named the 1989 Defensive Rookie of the Year when he recorded 10 sacks and 75 tackles. He was also named the 1993 Walter Payton Man of the Year. However, Thomas’ career and life were cut short.

Thomas was involved in a car crash that left him paralyzed after the 1999 season. Days later, he died after a blood clot developed in his legs and traveled to his lungs, which caused a pulmonary embolism. 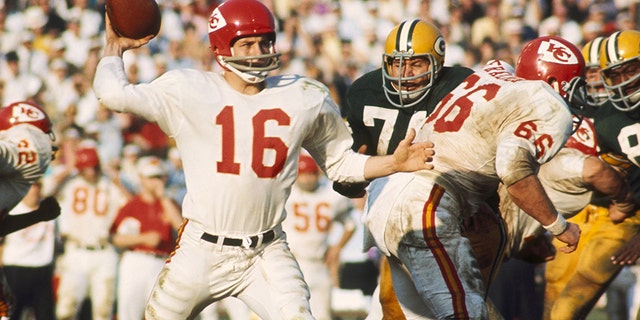 Len Dawson is an iconic figure in Chiefs history. He led Kansas City to the team’s first Super Bowl championship and had the iconic photo of himself smoking a cigarette in the locker room. Dawson also led the Chiefs to the AFL championship three times during his career with them.

Originally selected by the Pittsburgh Steelers, Dawson joined the Texans in 1962. He would star for the organization for 14 seasons. He earned seven Pro Bowl selections and two First-Team All-Pro selections.

He was inducted into the Pro Football Hall of Fame in 1987. He recorded 28,507 passing yards and 237 passing touchdowns in his career. 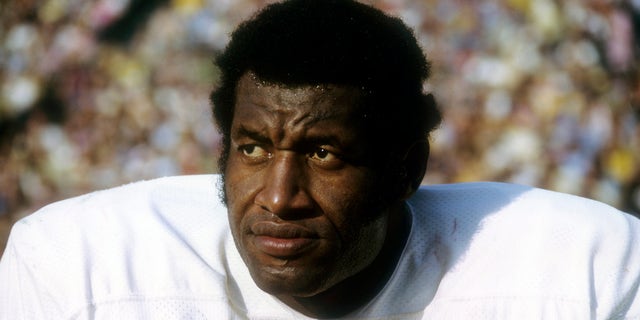 Bobby Bell was an anchor on defense for the Chiefs in the 1960s and 1970s. (Photo by Focus on Sport/Getty Images)

Bobby Bell was a fearsome defensive player for the Chiefs from 1963 to 1974. Bell was initially selected by the Vikings in the 1963 draft but the Chiefs also took him in the AFL Draft.

Bell would play for the Chiefs and earn nine Pro Bowl and six First-Team All-Pro selections. He also won a Super Bowl with the Chiefs and two AFL titles. He recorded 26 interceptions during his career.

He was inducted into the Pro Football Hall of Fame in 1983 and was named to the NFL’s 100th Anniversary Team. The Chiefs have also retired his No. 78 jersey.

Ryan Lochte feels like he ‘let everyone down’ by missing Olympics