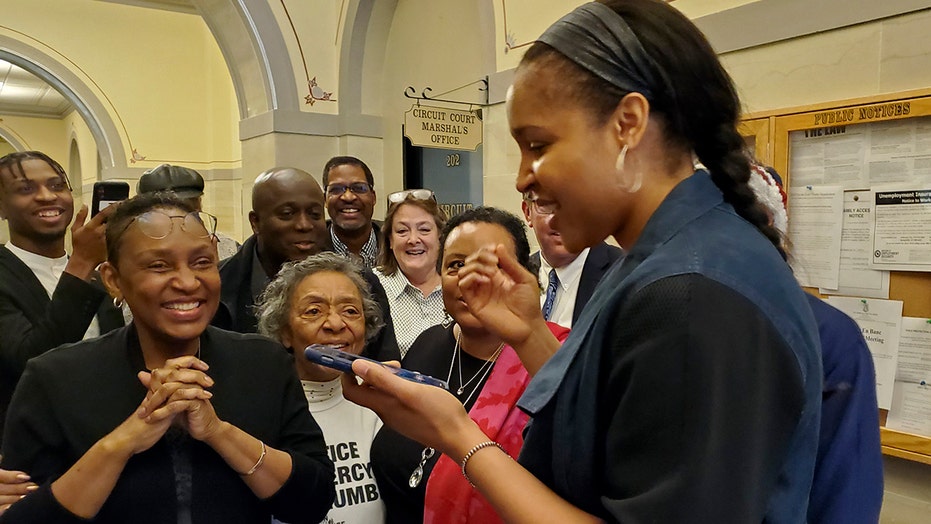 Maya Moore has always been known for hitting the big shot on the grandest stage. She just got the biggest assist of her career.

A judge on Monday overturned the 1997 burglary and assault convictions of a Missouri man, Jonathon Irons, whose case has been championed by the WNBA star to the point she stepped away from her career to help the family friend.

Cole County Judge Dan Green found the defense for Irons provided enough evidence to prove he was wrongfully convicted, a decision first reported by the Jefferson City News-Tribune. He has been serving a 50-year prison sentence stemming the non-fatal shooting of a homeowner in the St. Louis area when Irons was 16.

Moore called Irons after Monday's court hearing. When he answered the phone, Moore and a group of supporters cheered to let him know the judge had ruled in his favor. Irons thanked his supporters and even broke into song at one point.

Some 23 years after the incident, Irons could be freed within 30 days of the judge's order, unless the St. Charles County prosecutor's office decides to retry him. The judge also stayed his order pending a review by the Missouri attorney general's office, which could decide to appeal.

“It’s a surreal feeling, it hasn’t sunk in yet,” Moore said in a telephone interview with the AP. “It will when he walks out those doors. It’s like we got to the Final Four, but still have some work left to do. I have mixed emotions as I’m elated it happened but the decision could have been made so much faster.”

The Minnesota Lynx star put her career on hold last season to help Irons. The four-time WNBA champion said last month she planned to sit out a second season and miss the Tokyo Olympics this summer. She told the AP those plans haven’t changed despite the court ruling.

“‘My decision to take another year was bigger than this case,” she said. “But obviously this case was in the forefront of my mind. I’m looking forward when this is done to finally getting some rest and time with my family."

Moore was surrounded by friends and family when Irons called and she told him: “You’re coming home."

“He was over the moon praising hallelujahs and thanking the lords," she said.

Moore, who was born in Jefferson City, Missouri, and a collegiate star at Connecticut, said all her success on the basketball court prepared her for the court case.

“My basketball experience helped me navigate this battle,”she said. “To have a long-term goal is like going through a season: you need to have poise and trust different teammates to do their job. A lot of the skills I’ve been able to display on the basketball court helped me have what I needed to navigate this taxing and emotional process.”

Verlander has lat strain, unlikely to be ready for opener