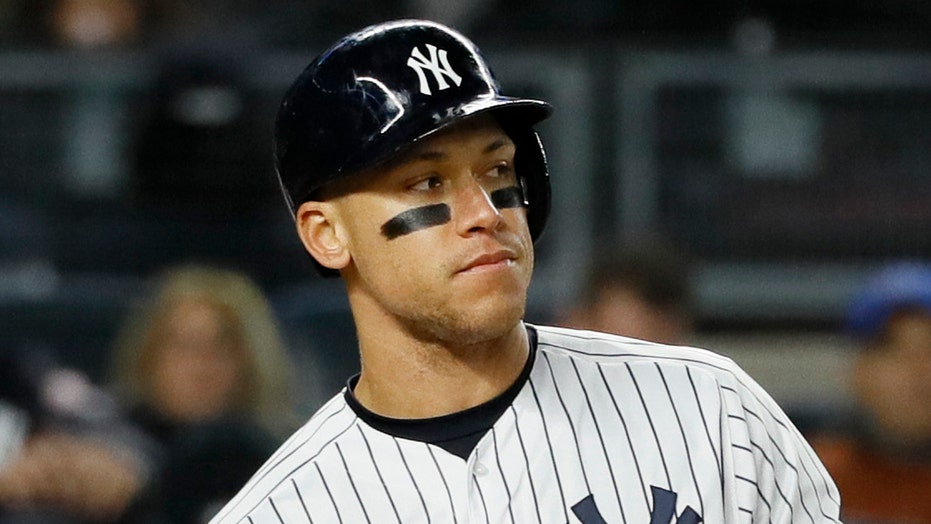 New York Yankees slugger Aaron Judge revealed he had a collapsed lung that has healed and said his broken rib is improving.

Judge had a CT scan on Friday. The Yankees announced two weeks ago that Judge had a stress fracture to his first right rib.

“The bone is still about the same, slight improvement,” Judge said as he left Steinbrenner Field. "The bone is healing the way it should be, so probably another test here in a couple more weeks and go from there."

"A little thing on the lung that we were having a little issue with, but that was all healed up." Judge said. “Good to go. Which means I can fly if I needed to go home.”

The 27-year-old didn't played in any spring training games because of soreness in his right pectoral muscle and shoulder.

With opening day pushed back into mid-May at the earliest due to the new coronovirus, Judge has more time to recover without missing games.

"That's the silver lining in all of this, just having the ability to not feel rushed trying to get back for a certain date, especially since we really don't have a date." Judge said "Just trying to let it heal, don't try to rush it."

Judge plans to continue working out and getting treatment at the Yankees' spring training complex.

"I got a place here, so I might as well just stay here and still work with the guys that we have as long as they don't shut us down." the California native said. “That's the biggest concern, getting shut down.”

"The great thing is they have this open so we can come here and still do some baseball activity and stay ready," Judge added. "Just kind of feel like we're still in baseball mode. But, when you go home, it's helped me out a little bit. I've got some stuff around the house to do, put up some stuff on the wall, cleaning. But after I get all my stuff done on my apartment, I think I'm kind of going crazy a little bit."

Judge and the Yankees believe the star right fielder hurt himself making a diving catch late last season. Removal of the bone is a possibility, depending on the healing process.

Since winning the 2017 AL Rookie of the Year award, Judge has been limited to 112 games in 2018 because of a broken right wrist and to 102 games last year due to a strained left oblique.