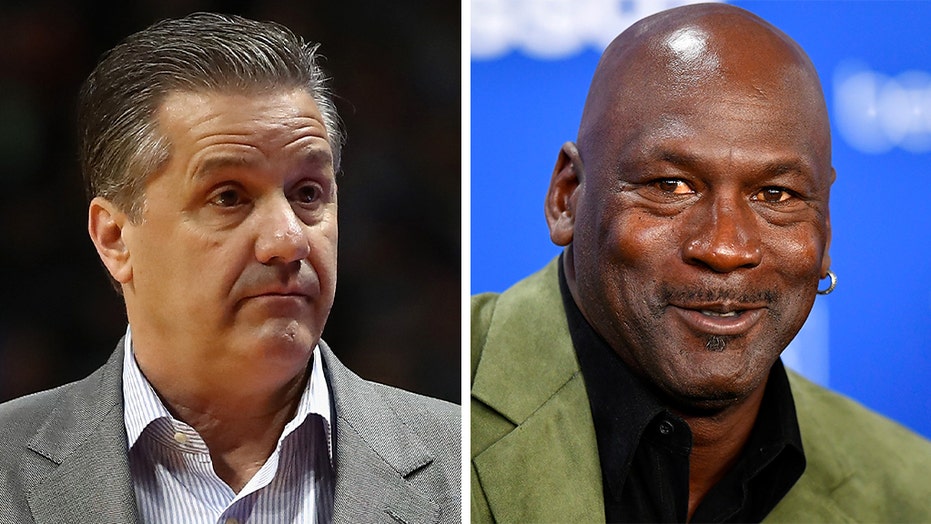 As untold Michael Jordan stories continue to be revealed since the release of the "Last Dance" documentary, current Kentucky men’s basketball coach John Calipari decided to share his from when he served as the New Jersey Nets' head coach from 1996-99.

In the first round of the Eastern Conference playoffs, the top-seeded Chicago Bulls swept the eighth-seeded Nets 3-0 in the best-of-five series. In Game 1, Calipari remembers when Jordan finished with 39 points in a 96-93 Bulls’ overtime victory.

"They played four guys over 40 minutes," Calipari said Monday on “Coffee with Cal”. "We had them on the ropes a little bit. I think he [Jordan] averaged like 35 in that series. … So I'll tell you guys — I've read something that [former Seattle Supersonics head coach] George Karl walked by him without saying hello in a restaurant on the eve of a game [the 1996 NBA Finals] and he went for like [164 points in the Bulls' six-game series win]. Like, 'Oh, OK.'

"So for me, when he came up to me and we're in a timeout, I ain't saying s–t to this guy. There's not one word I'm saying. And when I walked and he followed me, I'm not saying anything. So turn around and I look at [former Nets assistant] Kenny Gattison, I say, 'Is he still there?' because, again, if you made this dude mad.

"He looked at me and [made a '0' with his right hand]. And I looked away from him and I look at Kenny Gatt and I'm saying, 'Is he looking at me?' So I look back up at him and he [made an '0' with his right hand], and I go, 'Kenny, what's he talking about?' [Gattison said], 'I don't think he's going to let [shooting guard] Kerry Kittles score.' And you're right — he went from not guarding you to saying, 'I'm shutting it.'"

In Game 1 against Jordan, Kittles shot 3-of-17 from the field and finished with 10 points. And in Games 2 and 3, Kittles managed 23 and 16 points, respectively.

"He was Michael," Kittles said of Jordan, who averaged 36.5 points in the series. "He had the ability to flip the switch whenever he wanted on either side of the court. So I caught the brunt of it as a young player in the league where I had it going one night in the first half and then he switched on me in the second half — I don't even think I scored a bucket in the second half. So that was Michael in a nutshell, being able to put on that switch and just take over a game."