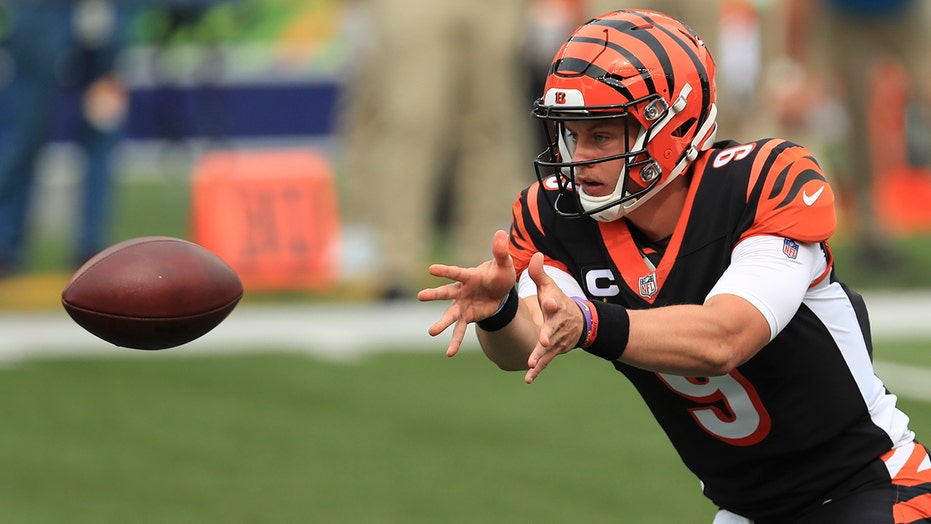 Joe Burrow’s debut with the Cincinnati Bengals was met with heartbreak at the end of the game against the Los Angeles Chargers.

Burrow had thrown what he thought was a touchdown pass to A.J. Green to put Cincinnati ahead with 11 seconds remaining in the game. However, Green was called for offensive pass interference which set up a potential game-tying field goal from Reggie Bullock.

Bullock missed the 31-yard field-goal attempt wide right and came up limping afterward. The Chargers won the game, 16-13, and Burrow’s first game of his career was a devastating loss.

Burrow scored his first touchdown on a 23-yard gallop in the first quarter.

From there, the LSU product was 23-for-36 with 193 passing yards and an interception. He had 46 rushing yards on eight carries.

Tyrod Taylor led the Chargers with 208 passing yards but he didn’t throw a touchdown pass either. Joshua Kelley ran for the lone touchdown for the Chargers.

Cincinnati is now on a two-game losing streak in opening week games. The team is now 2-15 in their last 17 games dating back to last season.

Burrow was the team’s No. 1 pick and had a solid debut. He and the Bengals can only go up from here.