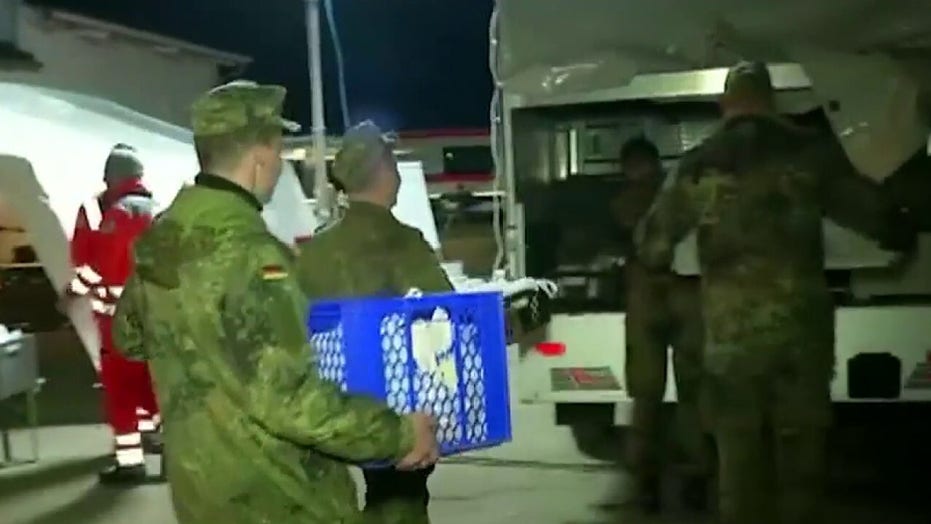 Greg Palkot reports from London on COVID-19's spread across Europe.

The mayor of Bergamo, a city in the northern Lombardy region, which is the epicenter of the coronavirus outbreak in Italy, said Monday he was flying his two daughters home from the United Kingdom to keep them safe amid the pandemic.

Giorgio Gori, who has been mayor of Bergamo since 2014, said his two daughters – one in college in Taunton, and another pursuing a master’s in Canterbury – would return to Italy because the British government is not doing enough to protect the public against the spread of infection.

“When I saw what the English government was thinking about this problem, I decided to bring them back, because I think that even if we are at the center of the epidemic, probably they are more secure here than in England, because I don’t understand why the government didn’t decide in time to protect their citizens,” Gori told Sky News on Monday.

British Prime Minister Boris Johnson on Monday ordered most stores closed and banned gatherings for three weeks to tackle the spread of the virus. He had been criticized for the United Kingdom’s relaxed approach to the pandemic, compared with other countries like Italy, Spain and France, which rolled out nationwide lockdowns since earlier this month. 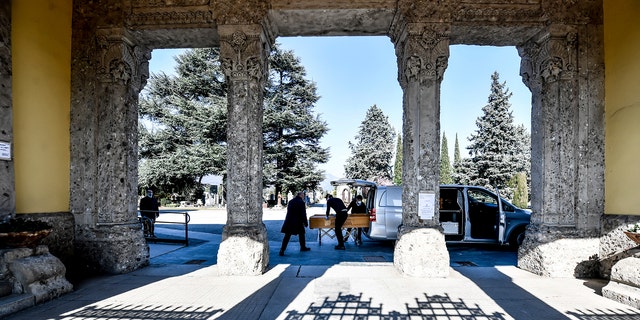 Undertakers carry a coffin out of a hearse at Bergamo's cemetery, northern Italy, March 16. Bergamo is one of the cities most hit by the new coronavirus outbreak in northern Italy. For most people, the new coronavirus causes only mild or moderate symptoms. For some it can cause more severe illness, especially in older adults and people with existing health problems. (Claudio Furlan/LaPresse via AP)

The prime minister implemented the closures after photos from the weekend showed many Brits breaking government social distancing guidelines at public parks and playgrounds. The U.K. Health Secretary Matt Hancock on Monday called those ignoring guidelines “very selfish,” adding that the government would do more to enforce measures if needed, according to The Guardian.

The death toll in the U.K. stands at 335, with at least 6,733 confirmed cases, according to Johns Hopkins University on Tuesday morning. In Italy, at least 6,077 people have died after contracting coronavirus, making it the country with the most deaths. There are at least 63,927 confirmed cases in Italy, falling behind only China, where the virus was first reported in late December.

Bergamo, which is northeast of Milan, is the worst virus-stricken area in Italy, but, despite its high death toll, the city's rate of infection has recently slowed, The Guardian reported. Last week, the Italian military deployed at least 10 trucks to Bergamo to pick up coffins from the city crematorium and several morgues overwhelmed by the recent spike of deaths, national newspaper Corriere Della Sera reported.

Coronavirus news in your inbox: Subscribe to our daily newsletter