Italy gives go-ahead for Catholic masses to resume May 18close 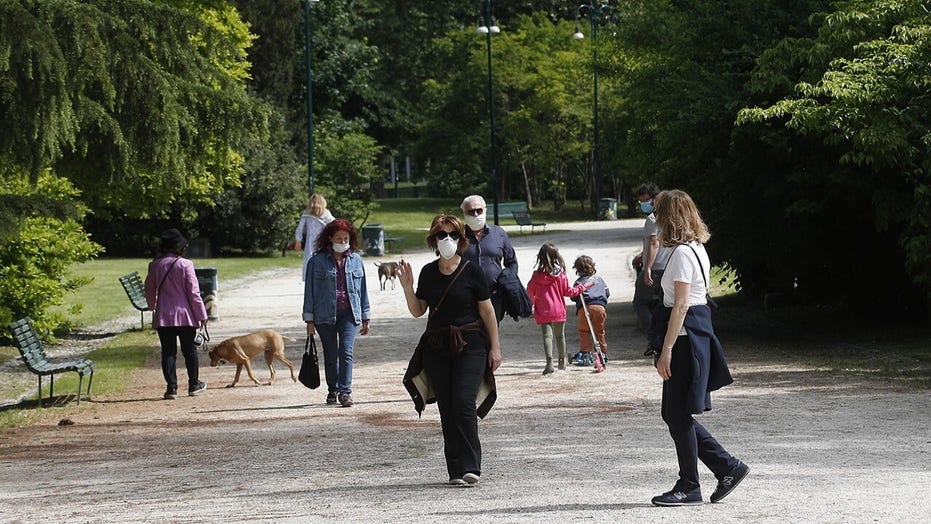 Italy is set to lift its ban on religious services due to COVID-19, weeks earlier than expected, following a Thursday meeting between the nation's bishops and Prime Minister Giuseppe Conte.

The reopening will include strict guidelines when it begins on May 18. This news comes just days after Catholic church leaders in Italy called out the government for "arbitrarily excluding the possibility of celebrating Mass with the people," The Daily Telegraph reported.

Priests will be required to wear gloves when distributing communion and must clean and disinfect the church, along with the sacred objects they use during services.

Churchgoers will have to wear masks and stay at least one meter apart, according to The Telegraph. Houses of worship will also forgo collection plates in favor of containers that will be placed at the entrance of each church.

MOST WHO RECOVER FROM CORONAVIRUS CARRY ANTIBODIES, STUDY FINDS

More than four million Italians reportedly returned to work this week and small funerals were also allowed to continue.

The president of the Italian Bishops’ Conference, (Cei) Cardinal Gualtiero Bassetti, said the reopening is a prime example of government working hand in hand with the faithful, to bring peace and normalcy back to the country.

“The protocol is the fruit of a profound collaboration and synergy between the government, the Scientific and Technical Committee, and Cei, in which each did his part responsibly,” he said during a news conference, according to Religion News.

There have been nearly four million confirmed cases of the coronavirus worldwide and over 272,000 deaths thus far.