As Italy surpassed more than 10,000 coronavirus cases on Wednesday, health officials described Europe as the new ground zero for the disease, with infections spiking in several nations on the European continent.

“Right now, the epicenter – the new China – is Europe,” said Robert Redfield, the head of the U.S. Centers for Disease Control and Prevention.

The hardest-hit of any country outside of China, where the outbreak began late last year, has been Italy. Authorities confirmed 631 deaths from the COVID-19 virus, and of those deaths, 168 were reported within a 24-hour period on Tuesday, the first day of a country-wide lockdown for its population of 62 million. 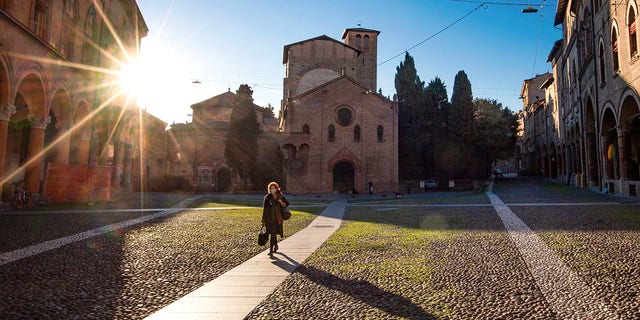 A woman walks past the Basilica of Santo Stefano, in Bologna on Wednesday following a country-wide lockdown. (Massimo Paolone/LaPresse via AP)

As the lockdown aimed to keep people home, the number of infections saw a 10 percent increase on Wednesday from the day before.

City streets in Rome and Milan, usually bustling with a mix of tourists and local residents, were largely empty and silent as Italians adapted to their new social habits.

"One of the problems is that Italians are not used to being physically separated," John Hooper, a correspondent for The Economist in Italy, told Sky News. "So that's much more of a cultural shock here than would be in Germany." 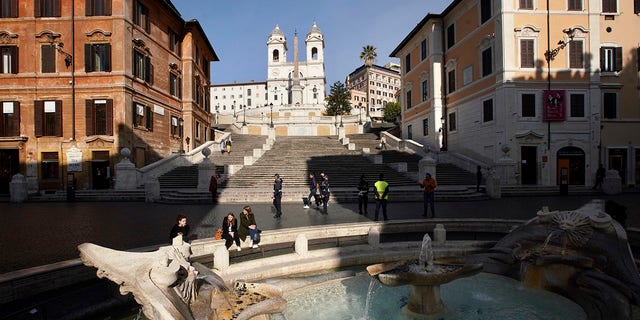 Adding to its efforts, the Italian government also announced a $28 billion allocation to fight the outbreak on both medical and economic fronts. The first measures, expected to be outlined Friday, will support health services, the civil protection agency and the labor market. 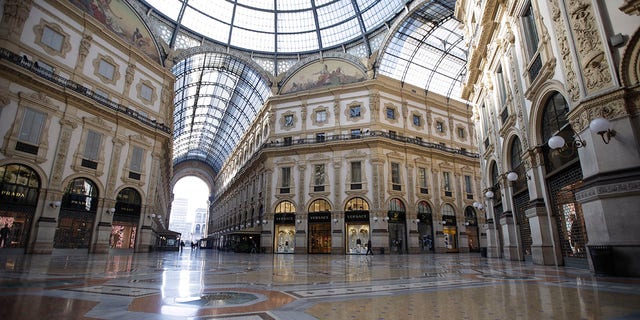 Other European nations are issuing measures to slow down and control the spread of the virus, and provide a cushion for the “economic shock” of the outbreak.

Spain's coronavirus cases have surpassed 2,000, with roughly half of them in the Madrid region, where two-thirds of the country’s 47 virus-related deaths have occurred, the Health Ministry said Wednesday.

The number of cases saw a 60 percent increase since Tuesday.

US TOURISTS QUARANTINED IN SPANISH HOTEL AFTER TESTING POSITIVE FOR CORONAVIRUS: HEALTH OFFICIALS

Madrid’s fatalities are high because much of the contagion there is taking place in nursing homes, said Fernando Simón, director of Spain's health emergency center. 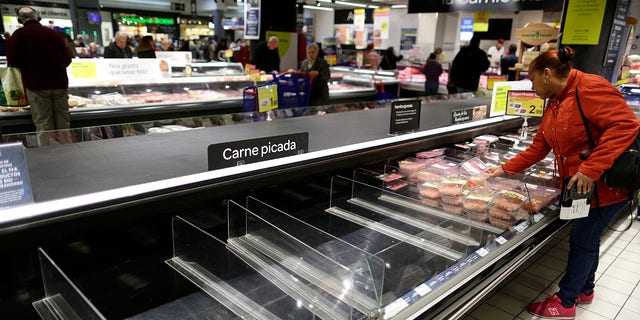 Empty shelves are seen in a supermarket as people begin to stock up on provisions in Madrid on Tuesday. (AP Photo/Manu Fernandez)

Schools and universities in Madrid and two northern regions have been ordered to close for two weeks to help slow the outbreak’s spread. Workers were urged to telecommute to help reduce crowds on public transit.

The Scandinavian country saw a 191 percent spike in coronavirus cases, with 90 more infections confirmed on Wednesday, for a total of at least 262.

Health officials also have advised against shaking hands, a measure that has suspended naturalization ceremonies, which require a mandatory handshake by law, The New York Times reported.

With at least 1,300 infections as of Wednesday, Germany so far has only three deaths — a low rate that experts attribute to rapid testing as the outbreak unfolded.

German Chancellor Angela Merkel issued a warning, citing expert estimates that up to 70 percent of the population could be infected with the virus.

“You have to understand that if the virus is there, and the population has no immunity yet to this virus, there are no vaccines and no therapy so far, a high percentage – experts say 60 to 70 percent – of the population will be infected," Merkel said. 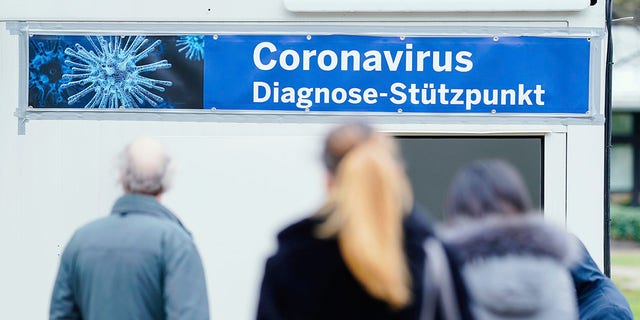 People stand in front of containers with a banner reading "Coronavirus Diagnosis Base" on the grounds of the University Hospital in Mannheim, Germany, on Wednesday. (Uwe Anspach/dpa via AP)

While the government has recommended the cancellation of all events with more than 1,000 people, among other things, Germany intends to keep its borders open.

Merkel said that border closures “are not an appropriate response” to the sweeping outbreak, arguing that it makes more sense for people arriving from badly hit regions to self-quarantine.

Britain had at least 373 confirmed cases of COVID-19 and six deaths as of Wednesday.

National Health Service England said it would ramp up capacity to test people for the virus, meaning 10,000 tests per day could be carried out. Currently, capabilities allow for only 1,500 tests per day. 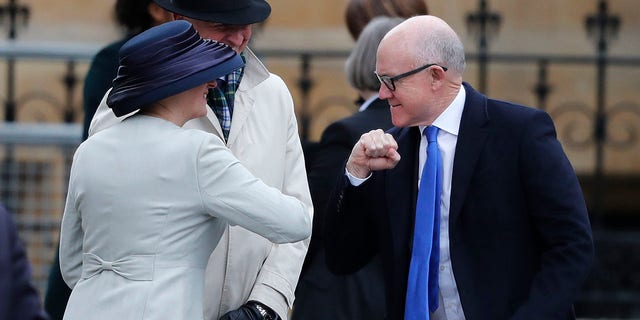 So far, the government has warned Britons against all but essential travel to Italy and encouraged 14 days of self-isolation for anyone entering the country from the impacted region.

The Bank of England slashed its key interest rate by half a percentage point to 0.25 percent on Wednesday, saying it is part of an emergency package of measures to “help support businesses and consumer confidence at a difficult time.”

Health Minister Nadine Dorries said Tuesday she was self-isolating after testing positive for the virus. Over the last week, she met hundreds of people in Parliament and attended a Women’s Day reception with Prime Minister Boris Johnson.

The coronavirus has affected at least 1,700 in France, causing 33 deaths.

With the second-largest number of cases in Europe outside Italy, France has banned events of more than 1,000 people to limit the spread of the coronavirus. 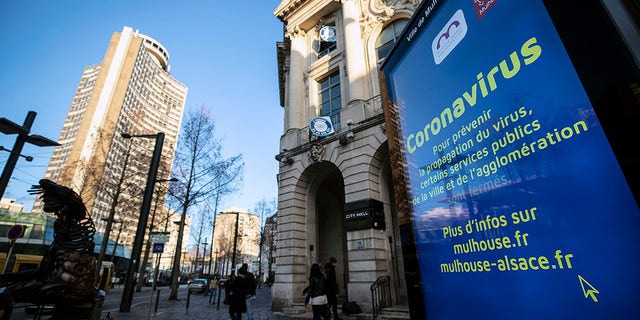 A general view of signs about coronavirus in the city of Mulhouse, eastern France, on Monday. (AP Photo/Jean-Francois Badias)

Authorities are requisitioning all face masks to reserve them for those infected with the virus and health workers, President Emmanuel Macron said Tuesday.

The health ministry announced Wednesday the country's first death related to the coronavirus. The patient was a 90-year-old woman.

Belgium has at least 314 confirmed cases of COVID-19, but the ministry predicted that more cases would soon emerge, saying hospitals are seeing more and more people with respiratory infections.

Schools have remained open so far, but the elderly and those with underlying health conditions are being urged to avoid public transportation.