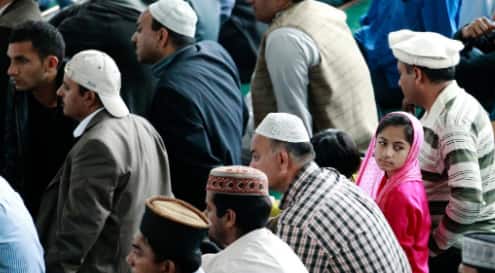 New Delhi: Islamist charities operating in the western countries are receiving huge funds and also found to be engaged in anti-India activities in the United States and European countries.

Sam Westrop, Director of the Islamist Watch – Middle East Forum has revealed that there are hundreds of Ismalist charities in Western countries. However, two are the most prominent ones: Islamic Relief – set up by the Muslim Brotherhood, and Muslim Aid – set up by Jamaat-e-Islami.

According to the Islamist Watch, Both these charities receive tens of thousands of dollars by the Western governments. Muslim Aid is not just funding proxies on Kashmir but is also directly funding Jihadis in Kashmir, Ghaza Strip, and all over the world.

“In the last few years, we are seeing that they are getting actively involved in politics and promoting radical Islamist groups in the West. Some of those like Omar Suleiman has also been invited by Nancy Pelosi to address the US Congress. Salafis and Deobandis have grassroots powers, they are the congregation of mosques. In Texas, there is a considerable network that is pushing the Kashmir agenda. Not just politicians, but also the family members of Kashmiri terrorists are joining the events. These whole new groups are being set up to demonise India and provoke terrorism.” said Sam Westrop.

Speaking in a webinar on “Islamizing the West: Muslim Brotherhood, Jamaat-I-Islami, and Tablighi Jamaat”, Sam Westrop said that Charity is a key to advancing ideology. Helping Hands for Relief and Development has also organised events with LeT. India finds groups like Helping Hands and Muslim Aid not just on the Pakistani side of the LOC, but also within India itself.

Abha Shankar, the Director of Research at the Investigative Project on Terrorism revealed that the first major oganisation is the US Council of Muslim Organisations (USCMO) – an umbrella group of Islamist organisations across the US. It was launched in 2014 and has a political agenda. Every year it organises Muslim advocacy day and raises issues like Kashmir to Palestine and launches related campaigns. Many investigations and studies have exposed ties between USCMO and Turkey.

After the abrogation of Article 370, a delegation of USCMO met PoJK President Sardar Masood Khan and pledged their support to Pakistan’s stand. It also met the OIC and the UN in New York and urged to pressurise India to remove the lockdown as well as carry out plebiscite in the region. They have also reached out to Congressmen to take cognisance of alleged ‘violence’ in CAA riots and ‘Muslim pogrom’ in the Delhi riots. In fact, both the Hindus and Muslims were killed in the Delhi riots.

Abha Shankar also added that another important group is the Council on American Islamic Relations, founded in 1994. The organisation operates under the guise of human rights. It has roots in the Palestine Committee, set up by Hamas and Muslim Brotherhood in America.

Holy Land Foundation for Relief and Development is another Islamic charity organisation operating in the US that has been working for radical Islamists. Another problematic organisation is the Centre for Islam and Global Affairs (CIGA). It has been organising events on the Kashmir issue; Many anti-India voices including Hafsa Kanjwal have been invited and have spoken in events of CIGA. Turkey has always supported the organisation and has close ties with it.

Clifford Smith, Director of the US-based think tank, Washington Project – Middle East Forum argued that there are three broad categories of anti-India forces in the US. First, there are groups of Indian-Americans Islamists. Second, are the South Asian Islamist groups like the Islamic Centre in North America and Helping Hands – they have an Islamist ideology. Third, you have the Middle Eastern Islamist groups, generally anti-Israel. The hard-left tends to align with all of the above groups.

“This is not new to America. Jamaat-e-Islami in Pakistan held a military rally where Palestinian flags were posted on Facebook with the caption – “We are all Hamas”. So this is not only in the US but all over the world. This has a real-world effect on Congress and in the US. The views of these Islamists are going to take every grievance against India. There is a reason why there was a hearing on South Asian Human Rights – which was largely focused on the Kashmir problem.” said Clifford Smith.

The webinar was organized by Usanas Foundation and moderated by Abhinav Pandya.