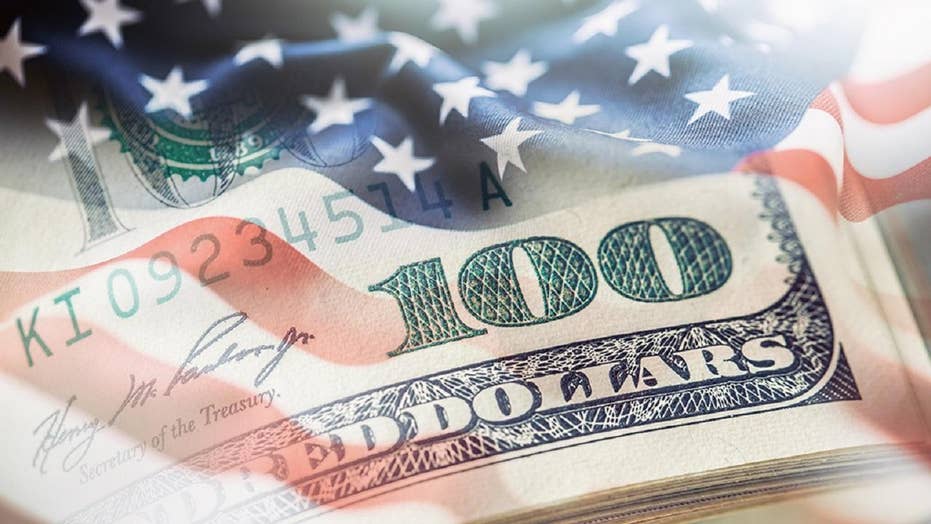 How will the $2.2 trillion coronavirus stimulus affect you?

The IRS sees dead people — and apparently pays them too.

The Internal Revenue Service, tasked with sending out millions of dollars in stimulus money to thousands of struggling, low- to middle-income Americans, Social Security recipients and veterans, has encountered some serious problems carrying out the emergency mission.

Instead of getting money into the hands of those who need it most, the IRS has been busy sending $1,200-$2,400 checks to dead people as well as those who don't qualify, like a wealthy British national living in London.

Treasury Secretary Steve Mnuchin has brushed off or downplayed the complaints during media appearances and recently said the families of dead people who get stimulus money should give it back.

"You're not supposed to keep that payment," the ex-Hollywood-producer-turned-Trump-administration-official said in an interview with The Wall Street Journal. "We're checking the databases, but there could be a scenario where we missed something, and yes, the heirs should be returning that money."

But the checks to the deceased aren't just a blip in the system.

Evidence seems to indicate the IRS knows that some of the checks it has been sending are issued to dead people.

Philip Ray, a Texas lawyer, claims the tax agency knew his 93-year-old grandmother was dead when it cut her the check.

How? Next to her name, the check says "decd."

"Honestly, I think my grandmother would think this was funny as hell," he told The Dallas Morning News, adding, "This is just an unbelievable level of incompetency."

Elizabeth B., a British national living in London, said she was "totally shocked" when she got a check.

"I'm a rich foreigner getting American money. I don't deserve this money."

— Elizabeth B., British national who was sent stimulus money from IRS

"I never thought it was a possibility that I would get this money," she told The Washington Post during a telephone interview from her London home. "I'm a rich foreigner getting American money. I don't deserve this money."

She added: There are so many people in America who need it. I appreciate that the IRS had to get the money out fast so they couldn't do thorough checks. But it just feels so wrong to have it in my account."

Elizabeth had worked in New York under an E-2 investor visa for several years as a communications consultant. As required under the conditions of her visa, she had a Social Security number and paid taxes. She made $13,000 for the course of a few months in 2018 before returning to England. Had she worked until the end of the year, her salary would have put her over the $99,000 limit making her ineligible for a stimulus payment.

The Treasury Department, of which the IRS is part, has not responded to questions about the steps taken to make sure dead people wouldn't be getting a check. There are thousands of people still waiting for their checks, even as members of the Trump administration and some lawmakers pat themselves on the back for a job well done.

Not everyone is celebrating, though.

Rep. Thomas Massie, R-Ky., said the late father of a friend had received a check.

Massie called the error "insane, but just the tip of the iceberg."

The $2 trillion Coronavirus Aid, Relief and Economic Security Act, or Cares Act, provided a $1,200 refundable tax credit for qualified individuals and up to $2,400 for qualified joint filers. There's an additional $500 for filers with dependents under 17.

From the beginning, the government has struggled to keep its promises about the relief checks.

Mnuchin's Treasury Department initially promised the majority of Americans who qualified for the money would get their payments by the end of day on April 15.