The two elite Marine Raiders killed in Iraq on Sunday were among the best members of their regiment, according to someone who served with them.

“These guys were natural-born leaders,” the fellow Marine Raider, who requested anonymity, told The Washington Post.

“These guys were natural-born leaders.”

But the Iraqi terrain where Capt. Moises A. Navas of Germantown, Md., and Gunnery Sgt. Diego D. Pongo of Simi Valley, Calif., took their final breaths was some of the worst in the world.

US SERVICEMEN KILLED IN IRAQ DURING MISSION AGAINST ISIS IDENTIFIED, WERE PART OF MARINE RAIDER BATTALION

So forbidding was the landscape that the mission to recover their bodies took more than six hours, the Post reported. 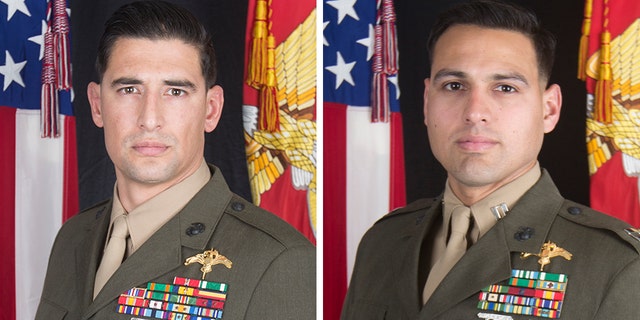 “That in itself made it extremely difficult,” he said.

Military officials disclosed details of the effort to recover the remains of Navas and Pongo during a hearing Tuesday before the House Armed Services Committee.

“It’s some of the worst terrain in the world,” Marine Gen. Kenneth “Frank" McKenzie, chief of U.S. Central Command, told lawmakers on the panel. “There’s no way to do it faster than we did it.”

“It’s some of the worst terrain in the world. There’s no way to do it faster than we did it.”

Navas and Pongo, both 34, were assigned to the 2nd Marine Raider Battalion, Marine Forces Special Operations Command out of Camp Lejeune in N.C.

They were killed – and four other service members were wounded — by “enemy forces” during a mission to eliminate an ISIS terrorist stronghold in north-central Iraq.

Later, a U.S.-led coalition launched additional forces to recover the bodies from the southern Makhmur Mountains, about 37 miles south of Erbil, coalition spokesman Col. Myles Caggins said in a statement.

As the forces trekked across the mountainous terrain, they eliminated four hostile ISIS fighters who were barricaded in caves, Caggins said.

Navas left behind a wife, a daughter and three young sons, while Pongo had a young daughter, according to the Post.