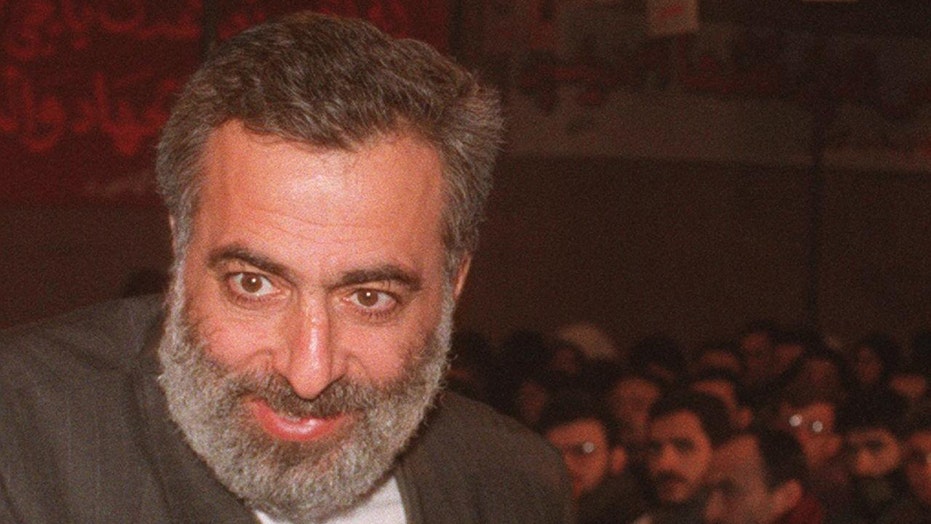 Another high-ranking official in Iran has died from the coronavirus, according to state media.

Hossein Sheikholeslam, 68, the former Iranian ambassador to Syria, studied at the University of California at Berkely before becoming a leader of the radical Iranian students who stormed the U.S. Embassy in Tehran and took 52 American diplomats captive during the 444-day Iran hostage crisis.

He reportedly died late Thursday, two days after testing positive for the virus and shortly after it was announced he was recovering, according to the Islamic Republic News Agency, which called him a "veteran and revolutionary diplomat." 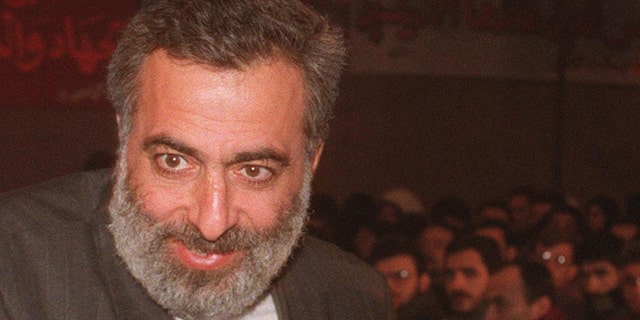 Iranian ambassador to Syria Hossein Sheikholeslam (L) with Hamas political bureau chief Khaled Meshaal (R) at a gathering organized by the Hamas Islamic resistance movement 21 January 2000 at the Yarmouk Palestinian refugee camp near Damascus to commemorate the fourth anniversary of the assassination by Israel of the Hamas engineer Yahia Ayash. (Photo by Louai Beshara / AFP) (Photo by LOUAI BESHARA/AFP via Getty Images)

Sheikholeslam, the sixth politician or government official to be killed by the virus in Iran, was currently serving as an aide to Foreign Affairs Minister Mohammad Javad Zarif, who called the U.S. strike on Iran's top military leader, Qassem Soleimani, "an act of terror" and recently met with Sen. Chris Murphy, D-Conn., at a security conference in Germany.

Iran rejected the Trump administration's offer to help with the coronavirus outbreak as the Islamic republic warns it may use "force" to enforce a travel ban between cities. The Iranian death toll reached 124 with 4,747 cases across the country.

US NAVY SAILOR IN ITALY TESTS POSITIVE FOR CORONAVIRUS

The virus has killed Mohammad Mirmohammadi, a member of the Expediency Council which advises supreme leader Ayatollah Ali Khamenei; Mohammad Ali Ramezani, a member of parliament; Mojtaba Pourkhanali, an agriculture ministry official; Ahmad Toyserkani, an adviser to the judiciary chief; Hadi Khosroshahi, a former envoy to the Vatican; and Mojtaba Fazeli, a secretary to a senior cleric.

Tehran parliament member Fatemeh Rahbar is currently in a coma after being infected, ISNA reports, and a host of other officials have been infected and are under quarantine, including Vice President Masoumeh Ebtekar, better known in the West as "Screaming Mary" for her role as a spokeswoman during the hostage crisis, and Grand Ayatollah Musa Shobairi Zanjani, who is considered one of the country's highest religious authorities.

The deputy health minister, Iraj Harirchi, tested positive last month, a day after he downplayed the outbreak in a press conference, visibly sweating and wiping his forehead. 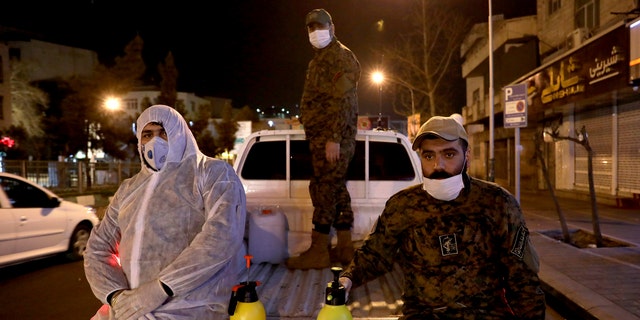 In this Wednesday, March 4, 2020, photo, Revolutionary Guard members take part in disinfecting the city to help prevent the spread of the new coronavirus in Tehran, Iran. Wearing gas masks and waterproof fatigues, members of Iran's Revolutionary Guard now spray down streets and hospitals with disinfectants as the Islamic Republic faces one of the world's worst outbreaks of the new coronavirus. (AP Photo/Ebrahim Noroozi)

"This virus is highly contagious," health minister Saee Namaki said this week. "It is a serious matter, do not joke about it."

“We will win in the fight against the virus, which may be the product of the American biological invasion, which it first spread to China and then to Iran and the rest of the world,” Salami told a crowd in the Iranian city of Kerman. “The U.S. must know that if it did it, (the virus) will return to it.”

The Islamic nation's leaders are facing anger and distrust from its people after it shot down a Ukrainian passenger jet in January, killing 176 people, most of whom were Iranian citizens.

“On COVID-19, it’s clear that there’s been a great deal of mismanagement and so the Guards are now trying to present themselves as the saviors,” Ariane Tabatabai, an Iran analyst at the U.S.-based RAND Corp, told the Associated Press. “And of course, it doesn’t hurt to be able to change the conversation from the airliner episode — although, this will be a hard task to achieve given that both are examples of incompetence and mismanagement.”

England takes a big step toward normality with indoor dining, museum openings and some travel.

Israel and Hamas: What We Know About the Violence