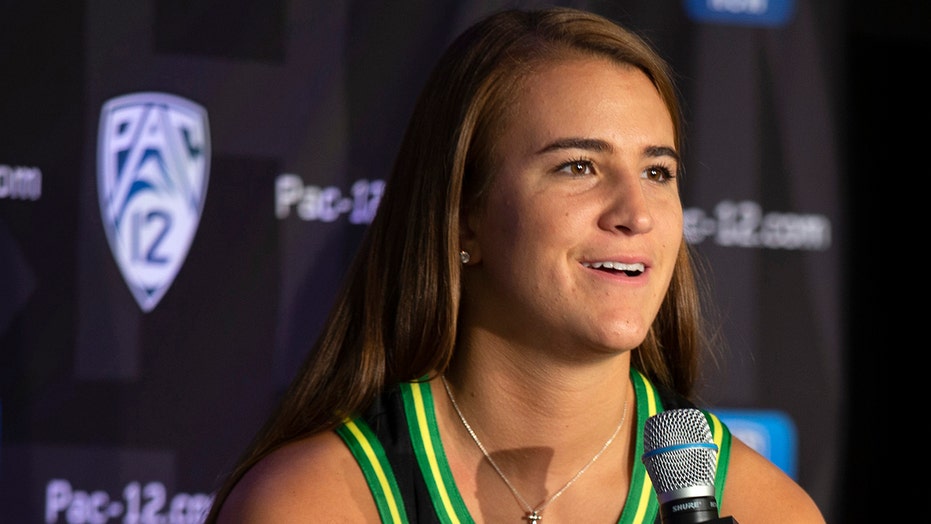 The Oregon senior shattered the NCAA career triple-double mark and became the first player in college history to have 2,000 points, 1,000 rebounds and 1,000 assists. She earned a spot on The Associated Press women's basketball All-America team Thursday as a unanimous choice from the national media panel that votes on the Top 25 each week.

“Sabrina is a transcendent basketball player,” Oregon coach Kelly Graves said. “There's really nothing that she couldn't do on the court. She was the ultimate leader.”

Ionescu averaged 17.5 points, 9.1 assists and 8.6 rebounds this season as well as having eight of her 26 career triple-doubles.

Hebard was on the receiving end of many of those passes and averaged 17.3 points and 9.6 rebounds to help the Ducks win the Pac-12 regular season and conference tournament.

“I’m happy for Ruthy. Sometimes she gets overlooked. She’s so darn good and important to what we do,” Graves said. "Not that she played in the shadows so to speak, but she wasn't on top of everyone's mind.”

Oregon teammate Satou Sabally made the second team, giving the second-ranked Ducks three of the top 10 players in the country.

Cox earned first-team honors for the first-time. The senior post averaged 12.5 points and 8.4 rebounds while blocking nearly 2.7 shots a game. She only played in 22 of the Lady Bears 30 games because of a stress reaction in her foot early in the season.

“She is so deserving,” Baylor coach Kim Mulkey said. “Just her presence on the floor made us better whether she scored a point or not. Her presence brought an air of confidence to our basketball team.”

Howard did nearly everything for Kentucky this season. The sophomore guard averaged 23.4 points, 6.5 rebounds and hit 84 3-pointers. She is the Wildcats' first women's player to be a first-team All-American.

“Rhyne is the definition of an All-American and one of those rare players that impacts the game in absolutely every statistical category . She's so much more than a prolific scorer," Kentucky coach Matthew Mitchell said. "She has zero weaknesses which makes her the most dynamic player in college basketball.”

Walker gave UConn a first-teamer for the seventh consecutive season. Walker, who declared she was entering the WNBA draft and not returning for her senior season, averaged 19.7 points, 8.4 rebounds and 47.7% from the field.

“Meg put in a lot of work before and during the season to elevate her game. She transformed herself into being one of our go-tos on the court,” UConn coach Geno Auriemma said. “Megan had an incredible season and this honor is a testament to her hard work.”

Joining Sabally on the second team were Aliyah Boston of South Carolina, Chennedy Carter of Texas A&M, Aari McDonald of Arizona and Dana Evans of Louisville.