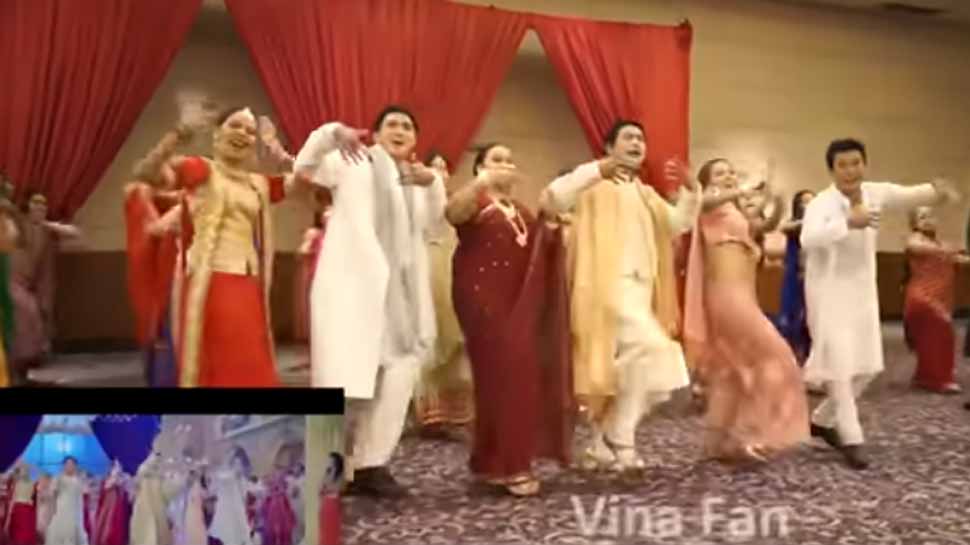 New Delhi: Bollywood songs are a rage all over the world with fans consistently putting out videos of them singing or dancing to Hindi songs.

Another popular emerging trend is to recreate scenes from Bollywood movies and some of these have been widely shared on social media platforms.

This video recreation of Kabhi Khushi Kabhie Gham's popular hit song 'Bole Chudiyan, Bole Kangana' by an Indonesian who is a huge Hindi movie buff has gone viral these days.

The video was shared by Vina Fan, an Indonesian dancer, YouTuber and a huge Bollywood fan. She and her group recreated the hit song and the netizens cannot seem to get enough of it.

Vina plays Kareena Kapoor Khan's part in the video and other group members play the other stars. Their remake version shows every character recreating shot-by-shot scene from the original video.

They wear the same attire and match hairstyles too, even their expressions in the music video are on point.

The video has garnered over 1.4 million views on YouTube and has been shared on other social media platforms as well. Some people have tagged Karan Johar and the film's stars Shah Rukh Khan, Kajol and Hrithik Roshan urging them to react to the fan recreated video.

The nearly eight-and-a-half-minute long video has more than 152k likes and has over 22k comments on it.

Notably this is not Vina Fan's first such recreated video, previuosly she has made dance covers of songs like Kamli, Tumhe Jo Maine Dekha, Zara Sa Jhoom Loon Main, Chori Chori Chupke Chupke and many more.

The movie Kabhi Khushi Kabhie Gham directed by Karan Johar was released in 2001 and is one of the most popular hits in Bollywood. The movie featured an ensemble cast of bigwigs like Amitabh Bachchan, Jaya Bachchan, Shahrukh Khan, Kajol, Hrithik Roshan and Kareena Kapoor.

9 BLM protesters cited for trespassing in St. Louis, McCloskey suspects ‘there won’t be any charges’