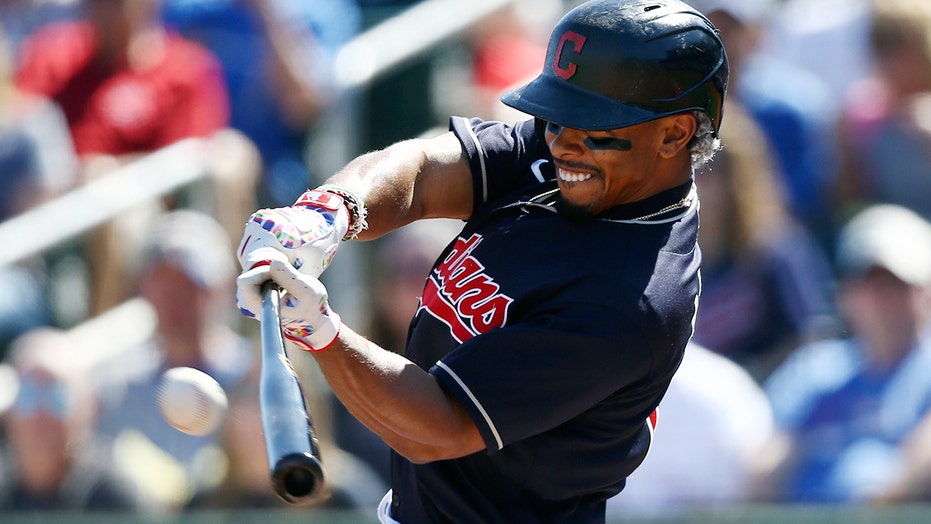 Cleveland Indians executive Chris Antonetti says the franchise and representatives for star shortstop Francisco Lindor made a “sincere and earnest effort” to agree on a long-term contract before deciding this week to suspend talks.

Antonetti, the president of baseball operations, said Wednesday the sides worked for months and tried “different and creative concepts” to strike a deal, but ultimately decided not to continue negotiations with opening day two weeks away. Lindor characterized the discussions in a similar manner to The Athletic on Monday.

Lindor will make $17.5 million this year and can become a free agent after the 2021 season.

"I’m really appreciative of the effort Francisco and his representatives and our ownership put into the process of trying to find alignment," Antonetti said.

Lindor, a four-time All-Star and two-time Gold Glove winner, hit .284 with 32 home runs, 22 stolen bases and an .854 OPS last season. The 26-year-old is among the game's top young stars and has been with the organization since Cleveland selected him with the eighth overall pick in the 2011 amateur draft.

Cleveland's payroll projects to be down significantly from its final figure of $123 million last year. The team traded star pitchers Corey Kluber and Trevor Bauer over the past eight months partially to cut salary.

Antonetti said he expected “we will have the resources” to add pieces in-season if the club is contending, but that isn't assuaging Indians fans frustrated that Cleveland is spending less as AL Central rivals Minnesota and the Chicago White Sox are aggressively pursuing the division title.

Lindor told The Athletic on Monday he believed small-market Cleveland could spend $120 million annually. Antonetti said he didn't know where Lindor got that number but said the sides did discuss the Indians' ability to add players around Lindor if they did sign a lucrative deal to make him a lifetime Indian.

“I think fundamentally it's the economic system in baseball that has a big impact on what we're able to do,” Antonetti said. “Something that's a function of our market, and our market size, and how Cleveland compares to other cities.”

Asked if it might be impossible for a team like Cleveland to keep a player of Lindor's caliber for his entire career, Antonetti said “it’s really hard.”

“Any team can afford one player individually,” he said. “The question is can you afford an individual player and still build a championship team around him. And that's ultimately the problem we're trying to solve. And it's really difficult in baseball's economic system for teams in smaller markets to be able to do that.”

Antonetti said the dialogue could prove helpful to negotiations down the road but also acknowledged Cleveland could explore trading Lindor before he reaches free agency if a deal isn't struck.

“I think all of those options will be on the table,” Antonetti said. "As I've said from the beginning, our clear preference would be to have Francisco here for a far longer term, and keep him an Indian for a really long time.

“If that's not possible, we have to then look at what those other alternatives are.”

NOTES: RHP Mike Clevinger threw his first bullpen Monday since having surgery to repair a torn meniscus in his left knee on Feb. 14. The knee injury was expected to sideline him for about two months, and while Cleveland is urging caution, the Indians are optimistic about the timeline. “It is amazing," pitching coach Carl Willis said. “To see him over the past week and the intensity of his throwing programs and how he’s been able to keep his arm prepared, probably exceeded our expectations of that.” … RHP Carlos Carrasco (sore elbow) had an MRI earlier this week that ruled out structural issues. He's been given an anti-inflammatory injection and is expected to take a few days off from throwing.

76ers’ Simmons out at least 3 more weeks with back injury